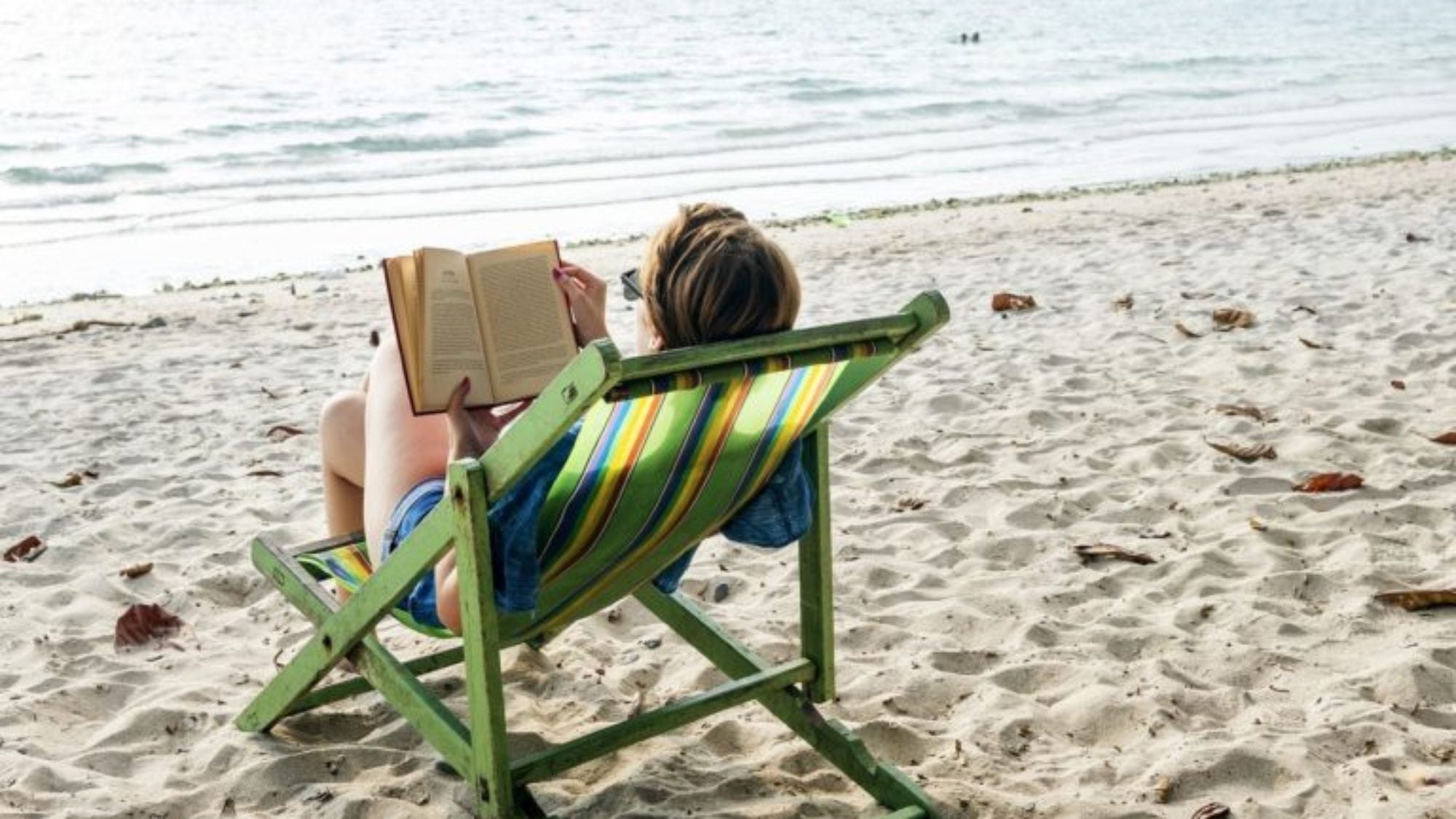 Every year, SSP polls our faculty to see what books they think students should sink their teeth into over the summer. Here’s what they said this year.Do you have a recommendation for us? Submit it here and we’ll add it to the list! You can also join the conversation on social media using the hashtag #SSPBeachReads.

The New American Militarism: How Americans Are Seduced By War

Why read it? “One of the best arguments for why civil military relations works as it does in the US today.” ―Dr. Elizabeth Stanley

Unrivaled: Why America Will Remain the World’s Sole Superpower

Why read it? “Beckley demonstrates that no country is poised to upend American primacy, not economically, not militarily, and not technologically…. The evidence he assembles should be part of any serious debate about where we are headed.” ––Zachary Karabell, The New York Times

Directorate S: The C.I.A. and America’s Secret Wars in Afghanistan and Pakistan

Why read it? “Great review and assessment of US policy in the post-9/11 era.” ―Dr. Daniel Byman

The Art of Intelligence: Lessons from a Life in the CIA’s Clandestine Service

By Henry A. Crumpton

What’s it about? “It is the story of how he entered the CIA and the work he did as a case officer.” ―Dr. Elizabeth Grimm Arsenault

Say Nothing: A True Story of Murder and Memory in Northern Ireland

Why read it? “One of the best concise histories of ‘The Troubles’ in Northern Ireland, 1969-1998, that is also a riveting murder mystery. And one of the great books on terrorism.” —Dr. Bruce Hoffman

Why read it? “A thought-provoking and bleak worldview.” ––Gideon Rachman, Financial Times

The Things They Carried

Why read it? “It is probably the best book ever written about Vietnam.” ―Dr. Elizabeth Grimm Arsenault

An Economist Walks Into a Brothel: And Other Unexpected Places to Understand Risk

Why read it? “Allison Schrager’s An Economist Walks Into a Brothel is the best, most readable, most informative, most adventurous, and most entertaining take on risk you will find.” —Tyler Cowen, Professor of Economics at George Mason University

The Hell of Good Intentions: America’s Foreign Policy Elite and the Decline of U.S. Primacy

Why read it? “A scholarly yet accessible read. Anyone interested in American foreign policy will want to reflect on Walt’s thesis.” ––Daniel Blewett, Library Journal

The Icarus Syndrome: A History of American Hubris

Why read it? “Why do we succumb to hubris? Peter Beinart has written a highly intelligent and wonderfully readable book that answers the question by looking at a century of American foreign policy. As with everything Beinart writes, it is lucid, thoughtful and strikingly honest.” ―Fareed Zakaria

By Michael A. Bellesiles

Why read it? “Explodes many of the comfortable myths about the US that we learn growing up. A good beginning to understanding the real history of the United States.” ―Dr. Tom McNaugher

Why read it? “War is the extension of politics. Presidential decisions convert political factors into policies which generate campaigns, battles, and engagements. The process is a lot more messy than you would like it to be. Beschloss is a good read from the days of Monroe to Lyndon Johnson.” ―Dr. Joseph Collins

Why read it? “Explodes many of the comfortable myths about the US that we learn growing up. A good beginning to understanding the real history of the United States.” ―Dr. Tom McNaugher

How to Feed the World

Why read it? “This book is an excellent primer on current and near-future global food and water supply challenges. Almost every chapter either directly or tangentially refers to how these challenges impact global security and conflict. Even more interesting is the way the book is organized. Subject matter experts developed and baselined several large global challenges that, if only two of them were solved, could have a significant impact on global food and water supply challenges. I’ve recommended this book to many of my colleagues in the cybersecurity industry and policymaking circles. It has helped us think in new ways about how we develop strategy, categorize action plans, and baseline threats in the cyber domain.” ―Meredith Burkart

Why read it? “A great history of what the private sector can do to support national security.” ―Chris Taylor

Why read it? “It is great background material on air-ground military operations, very readable for novices.” ―John Gordon

Dawn of the New Everything: Encounters with Reality and Virtual Reality

Why read it? “Let’s think about 5G and augmented reality and the impact on Security!” ―Gary Shiffman

Fooled by Randomness; The Black Swan; Skin in the Game; Antifragile

Topics: How to Think

Why read them? “These books pull back the curtain on huge failures in thinking that are critically important to national security. If I were the Director of SSP, I would not let you graduate without reading these. Reading Kahneman is good, but it does not exempt you from reading these. You’ll note quickly that the author relishes being an iconoclast, but if you laugh with him, you’ll see he’s mostly right to.” ―Andrew Herr

Recommended by Students, Alumni, and Friends of SSP

Recommended by: Tom B.

Why read it? “Riveting story of WWII commandos parachuting into occupied France in the days and weeks before D-Day. They paved the way for modern special forces.” ―Tom B.

Why read it? “A profound and eye opening look at the systematic practice of corruption.” ―Mike Sullivan

Why read it? “I think Harari’s book is very relevant to how technology (particularly AI) could potentially impact our lives in the coming years. Harari predicts techno-humanism may end up downgrading humans, even if we succeed in upgrading our bodies and our brains. When Dataism conquers the world, Harari foresees humanity turning out to just a ripple within the cosmic data flow. From a security lens, it offers a unique (and somewhat dramatized) prediction into how powerful technology might become.” ―Caroline Nutt

Red Star over the Pacific: China’s Rise and the Challenge to U.S. Maritime Strategy

Why read it? “An insightful accounting of the ups and downs of U.S.-Russian relations during the Obama years and the prospects for the future.” ―James Doherty

From Cold War to Hot Peace: An American Ambassador in Putin’s Russia

Why read it? “An insightful accounting of the ups and downs of U.S.-Russian relations during the Obama years and the prospects for the future.” ―Stephen Flanagan

I Was Told to Come Alone: My Journey Behind the Lines of Jihad

Recommended by: A future Georgetown LLM

Why read it? “An enthralling and sometimes shocking blend of reportage and memoir from the centers of jihadi networks in the Middle East and North Africa. Mekhennet has a singular perspective on the modern crisis of terrorist violence, intimate and constantly questioning.” ––Alexis Okeowo, The New Yorker

How the Gloves Came Off

Why read it? “Arsenault’s book provides a much-needed historical context for the torture policy that emerged during the post-9/11 years. It is comprehensive, well researched, and, at the same time, digestible.” ―Karen J. Greenberg, Director, Center on National Security at Fordham Law School

Your Country, Our War: The Press and Diplomacy in Afghanistan

By Katherine A. Brown

Why read it? “Grounded in years of interviews with journalists and political actors in Afghanistan and the US…it is a complex argument worthy of reflection, debate, and another book.” ––Bruce Gregory, GWU Institute for Public Diplomacy and Global Communication

The Cybersecurity Dilemma: Hacking, Trust and Fear Between Nations

Why read it? “Ben Buchanan provides a carefully researched and balanced account of the increasing intrusions into cyber networks. He also suggests some practical steps to mitigate the effects. This is an important analysis of the difficult problem of cyber insecurity we all face.” ––Joseph S. Nye, Jr., Distinguished Service Professor, Harvard University

Road Warriors: Foreign Fighters in the Armies of Jihad

Why read it? “Byman’s unique study of the phenomenon of foreign fighters is the prism through which he provides a thorough and fascinating story of the origins and evolution of both al Qaeda and the most important jihadist battlefields over the course of the last thirty-plus years.” ―Mitchell D. Silber, Former Director of Intelligence Analysis, New York Police Department

Fighting to the End: The Pakistan Army’s Way of War

Why read it? “A magisterial exegesis of how military culture influences strategy and policy.” —Dr. Bruce Hoffman

By John A. Gentry and Joseph S. Gordon

Why read it? “Strategic Warning Intelligence is an important new study of the critical problem of intelligence warning. This book is a welcome successor to Cynthia Grabo’s classic Handbook of Warning Intelligence, and it should be read by students, by professionals in intelligence and national security, and by everyone seeking to understand the many challenges facing the intelligence community today.”—Erik Dahl, Naval Postgraduate School

Why read it? “An excellent, cleareyed study that does not look for villains but rather lessons for a possible future situation in which ‘a government is in thrall to a moralistic sense of rightness.’” ―Kirkus Review

The New Rules of War: Victory in the Age of Durable Disorder

Why read it? “A must-read for counterterrorism authorities and concerned citizens alike.” ―Andrew Moravcsik, Foreign Affairs

Clausewitz: His Life and Work

Why read it? “This is a well-written and valuable addition to the Clausewitz library, but it also serves as a useful history of the Napoleonic Wars, as Stoker draws on Clausewitz’s sharp observations to illuminate some of the most important military engagements of that period.” ―Lawrence D. Freedman, Foreign Affairs