Every summer, the SSP Summer Grant Program provides funding for students to participate in broadening experience that enhance their academic program of study and improve their competitiveness in the job market. Funding assists with domestic or international summer research, language immersion, and domestic or international internships. Read about how SSP students used their grants in 2019, and see what they had to say about their experiences.

Alex Begej used the SSP Language Immersion Grant to spend his summer studying Russian at the Durbe Institute in Riga, Latvia. This immersive experience in a former Soviet state significantly enhanced Alex’s Russian language skills while uniquely complementing his academic studies at SSP. Alex gained the grounding he needs if he hopes to excel as a Russian specialist in the U.S. intelligence community. “I chose the Durbe Institute in Riga, Latvia specifically because they offered a unique ‘Russian for Military’ course that I found invaluable,” says Alex. “This one-on-one course focused on expanding my Russian vocabulary to encompass unique words, phrases, and terminology commonly used in military contexts. I spent two hours per day conversing with my instructor about Russian influence operations in Europe, counterinsurgency tactics and strategies, future military technologies, and more.” 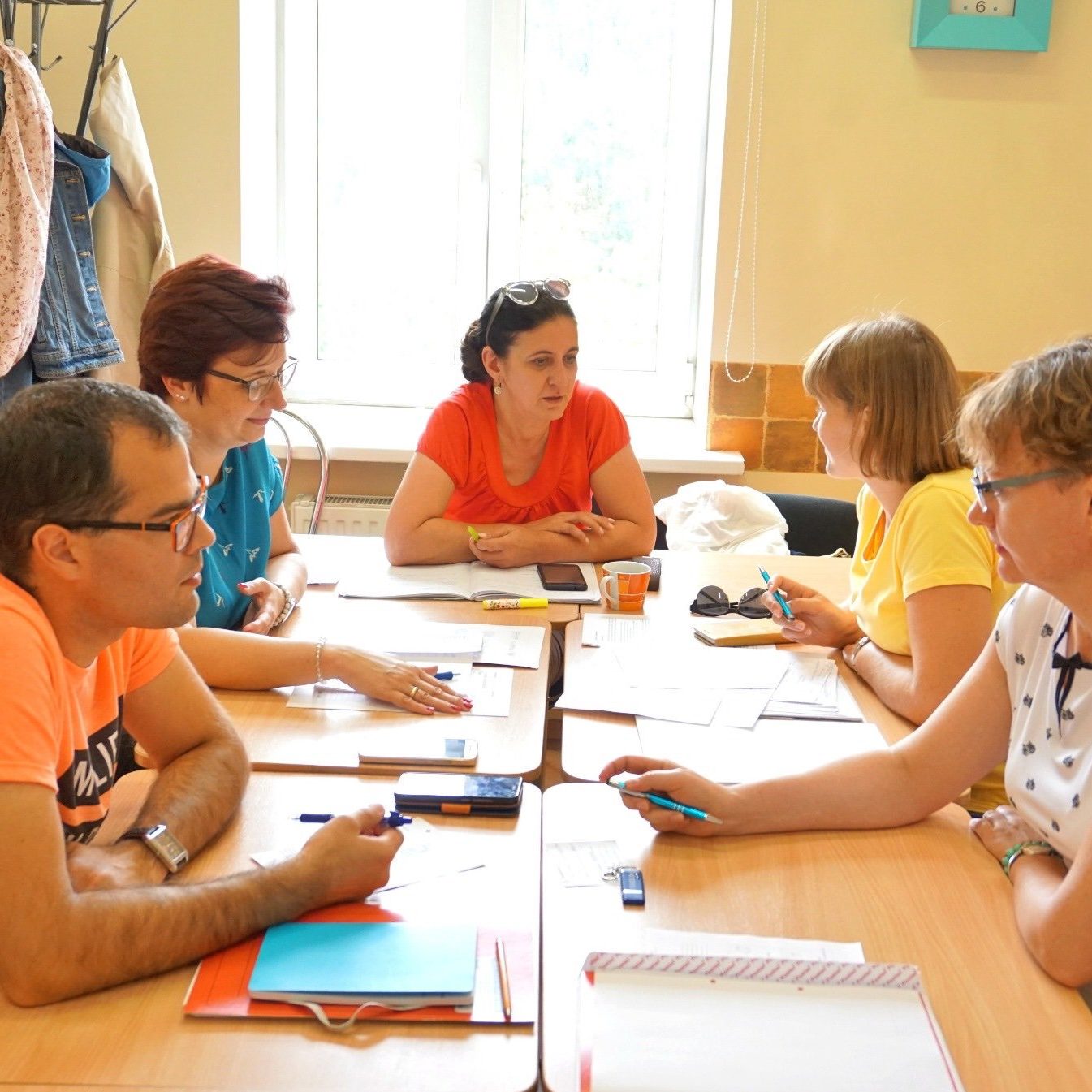 Matt Hickey used his summer grant to research Arctic security in Alaska’s Arctic and subarctic. He explored the vast expanses of unoccupied Arctic land, contemplating who will control this land in the future. Matt also examined Arctic resources like shale as carrying potential economic value. With melting glaciers in the region, Matt considered the impacts of climate change on national security. “The Arctic is an often overlooked geopolitical grey zone,” Matt says. “The region is becoming more economically competitive, militarized, and geopolitically strategic. Can and will the Arctic remain peaceful?” 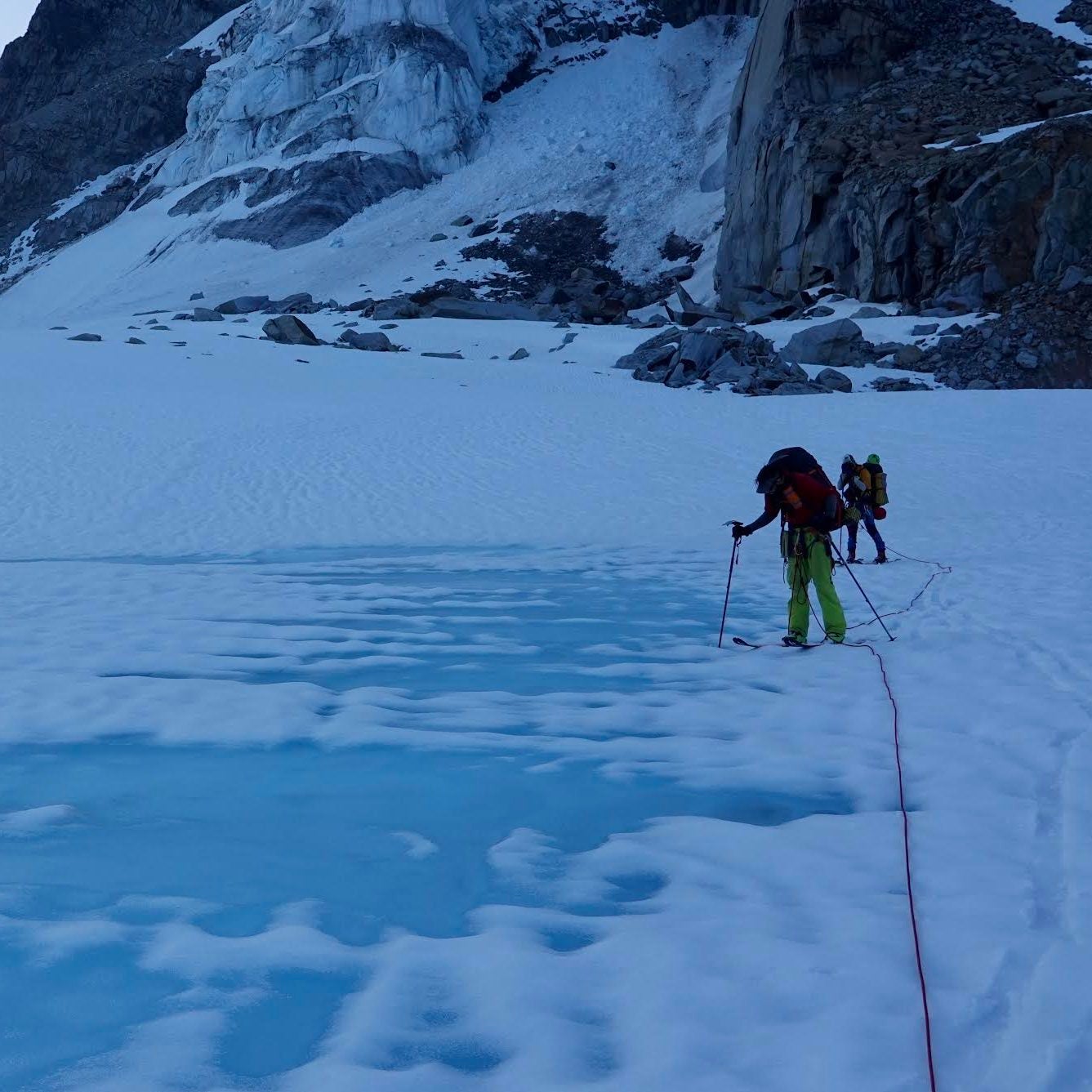 Rebecca Malone used her summer grant to visit London and Belfast and study the impact of the Brexit referendum on paramilitary activity in Great Britain and Northern Ireland. She interviewed academics and researchers studying paramilitary activity in the UK. Rebecca also conducted research at the National Archives and National Library. “I was specifically interested in understanding how the Brexit referendum has impacted paramilitary discourse, violence, and recruitment,” Rebecca says. “This is an important issue given the uncertainty on what Brexit means for the Irish border and newly-elected PM Boris Johnson’s opposition to the Irish backstop.” 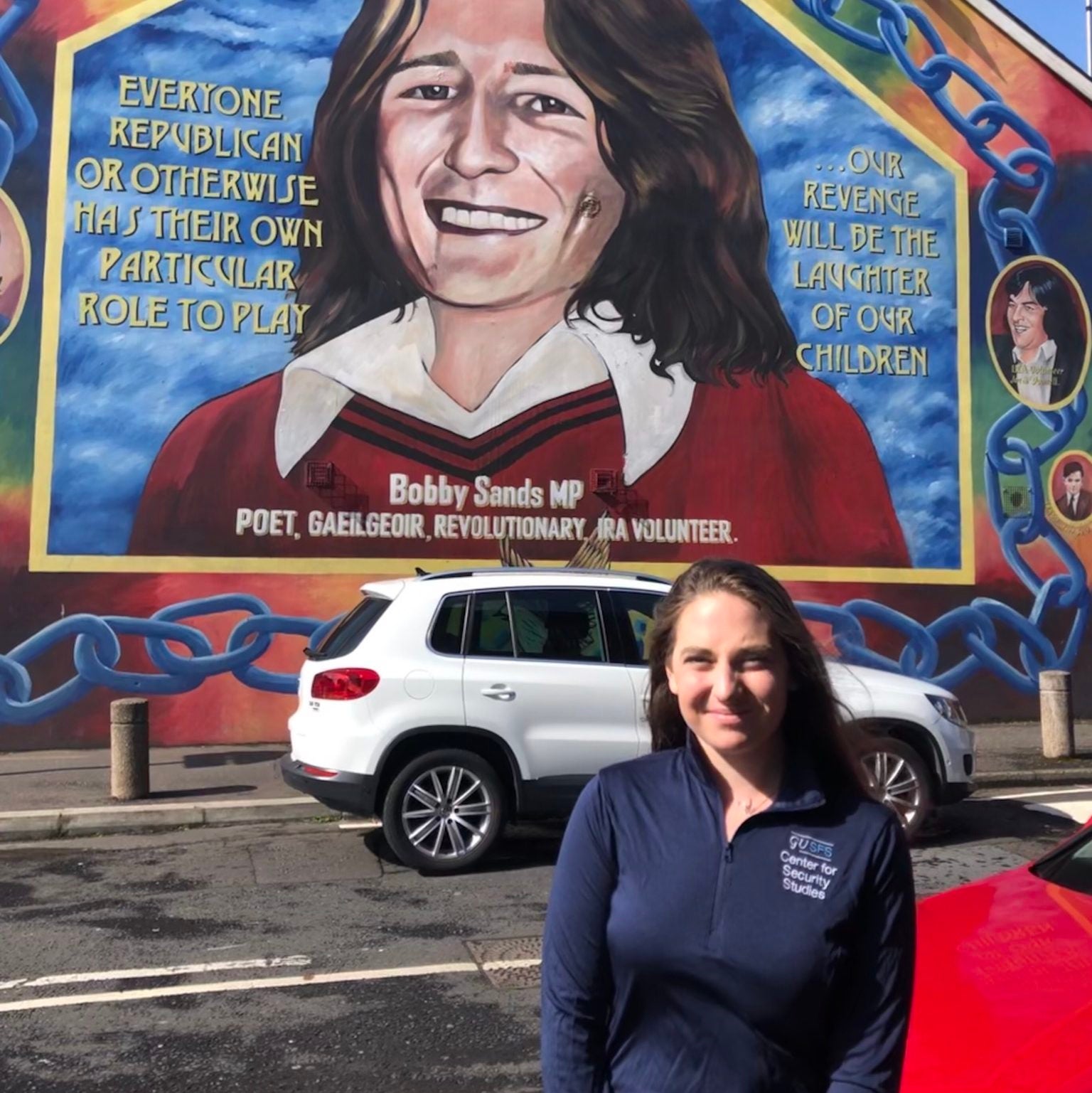 Aliya Mazza used her summer grant to visit Amman, Jordan, to study Arabic language at Sijal Institute. Aliya’s choice was primarily based on the Institute’s curriculum as its intensive summer program included Arabic film screenings, lectures on various topics and current issues related to the region, Arabic music, and cooking classes. This allowed her to grasp the language more efficiently in a cultural and social context. “At Sijal, I split my time studying MSA and Ammiyya, Levantine Spoken Arabic, as I intend to deepen my focus on the activities of non-state actors and terrorist groups in the region, particularly in Syria and Iraq,” says Aliya. “This SSP summer grant gave me a unique opportunity to devote my time fully to immersion in Arabic and the Arab culture. I greatly improved my language skills while interacting with the local community on a daily basis, and while traveling around Jordan and to neighboring countries.” 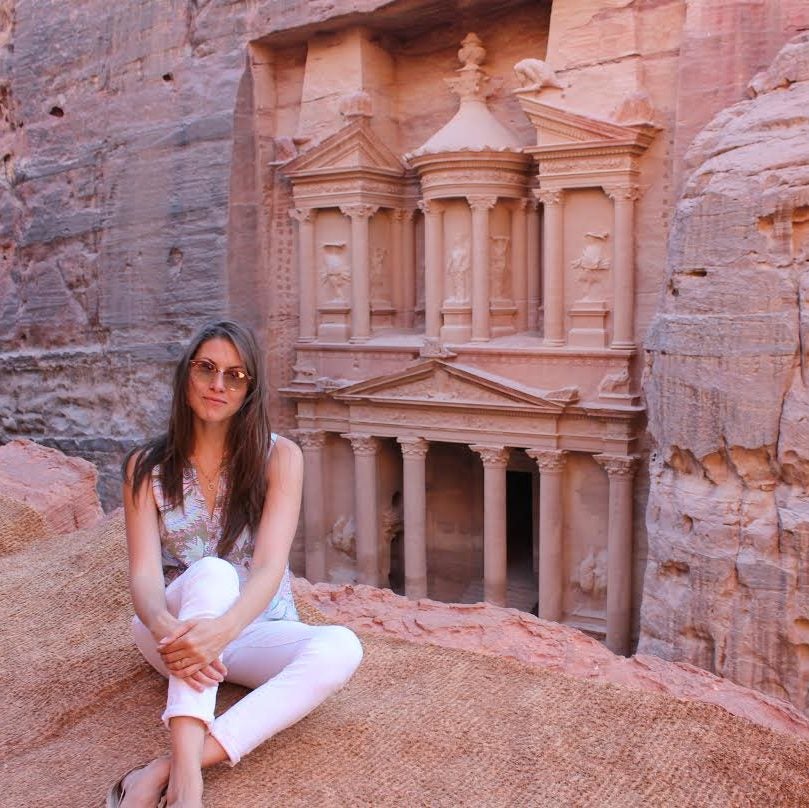 Ambassador (ret.) Stephen McFarland traveled to Peru to study the fundamentalist and Maoist Sendero Luminoso (Shining Path) insurgency. Steve researched the archives of Peru’s Truth and Reconciliation Commission, and spoke with former protagonists on the insurgency’s war that claimed 70,000 lives and produced many human rights violations. Steve had reported on Sendero from the conflict zones as a Foreign Service Officer. “With the benefit of the comparative and scholarly perspectives to which SSP has exposed me, I found new insights: how a fundamentalist group with charismatic leadership can succeed, and then fail through decapitation; war as a contest between the state’s and insurgents’ ability to learn and to adapt; … the tricky cultural and ethnic contexts of internal wars where the state is perceived as a foreign entity, and the challenge for the USG to understand such conflicts; and the continuation of the conflict through contesting memories of actions and responsibilities,” Steve says. “I am very grateful to SSP for this experience, from which I hope to extract some counterinsurgency lessons learned.” 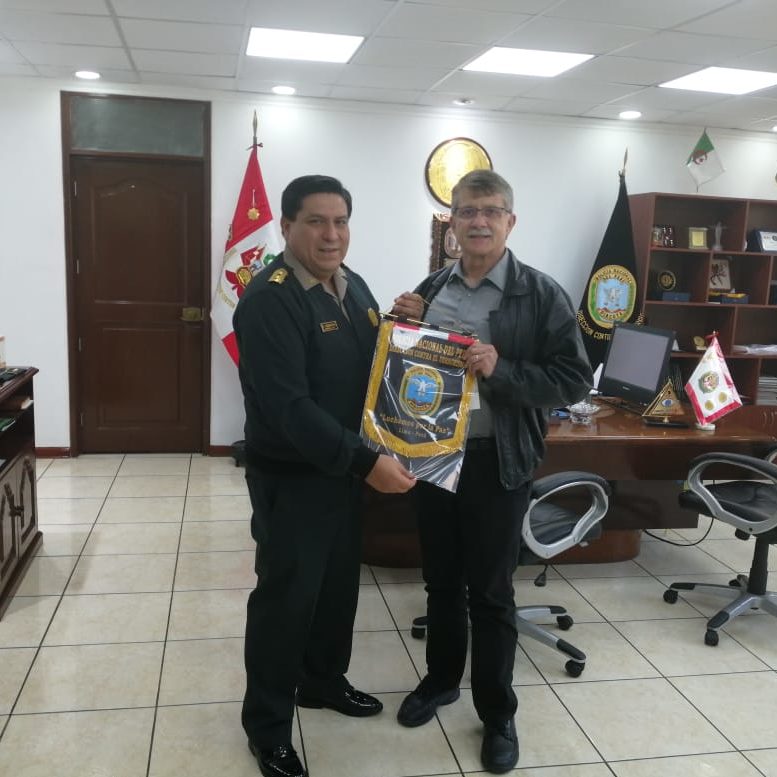 Meg McGee used her summer grant to get a 360-degree view of Berlin not only as a hub for culture in Germany, but also as the center of policymaking. “I was able to attend a conference about diversity in the security sector, where I met men and women who serve in the Bundeswehr (German armed forces),” Meg says. “In general, Germany has had problems with military recruitment since the end of conscription in 2011. One of the workshops at the conference was about how to attract more women to the Bundeswehr. Many of the recruitment problems they face are not unique to just women but a general lack of support for the armed services in Germany. As Germany continues to be a shaper nation both in Europe and abroad, it will need to take these factors into account when developing a national security strategy.” 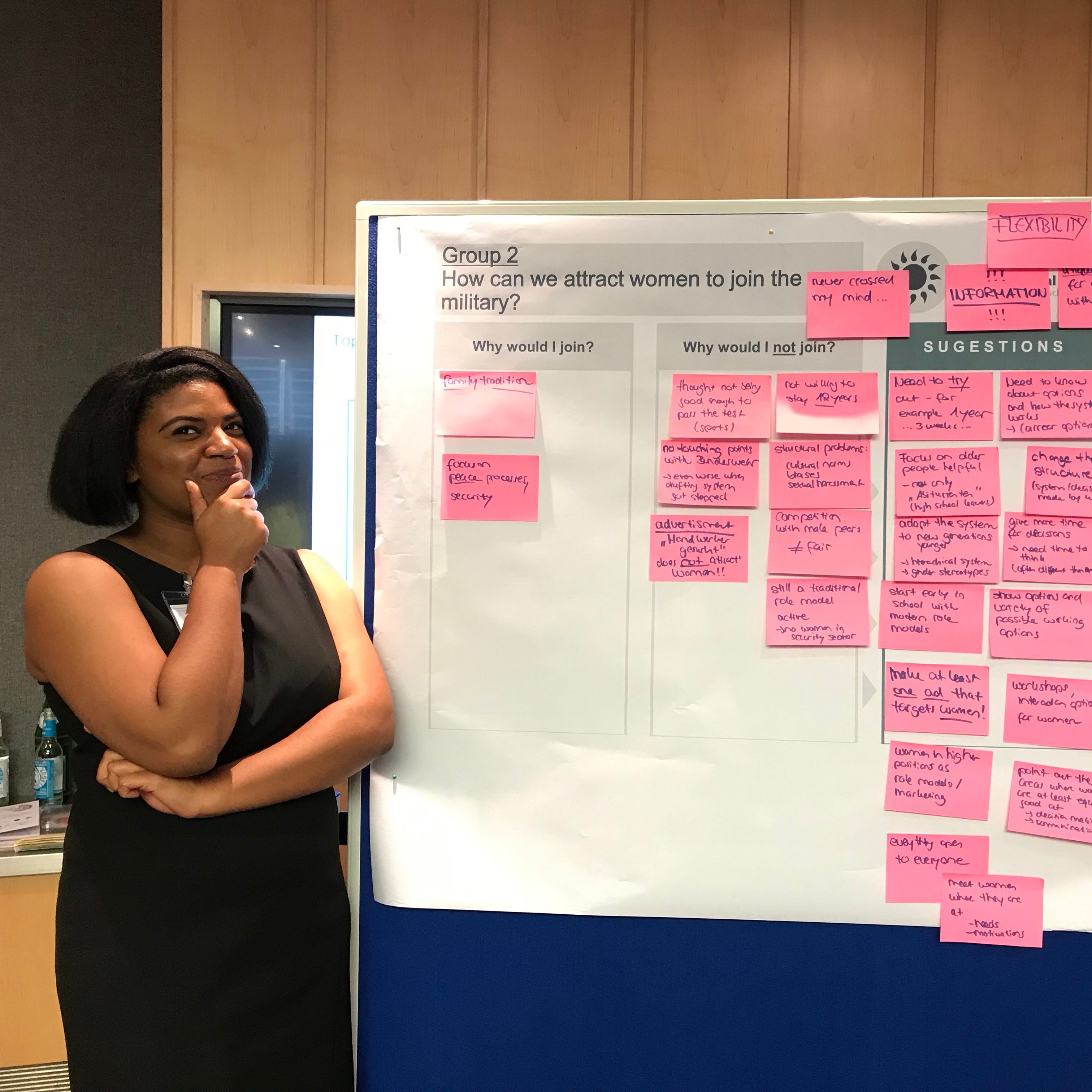 Sam Miller used her summer grant to research the existing legal frameworks that impact how federal law enforcement agencies and the intelligence community target and prosecute violent domestic extremists. Sam examined U.S. Code and other laws that dictate how the federal government can investigate and collect intelligence on these threats, then assessed multiple proposals to address gaps in how the United States pursues violent domestic extremists. “There is an ongoing debate over whether the threat of violent domestic extremism is increasing, whether the threat is truly ‘domestic’ as ideologies become increasingly transnational, and whether the U.S. is doing enough to address the threat,” Sam says. “I wanted to better understand the existing tools available in U.S. Code and analyze potential advantages, disadvantages, and constitutional issues involved with proposed changes.”

Chris Morris | The Far-Right in the UK

Chris Morris used his summer grant to visit the UK, examining far-right social movements and their resilience to government pressure. With key leadership imprisoned and social media accounts banned, Chris was intrigued by how activists could still mobilize thousands of supporters at often violent demonstrations. He conducted interviews and fieldwork that involved exploring political violence and activist communications channels, mapping network structures, and observing group dynamics at protests. “My initial findings indicate that the far-right ‘Counter-Jihad’ movement has shifted toward a small-world-like network structure that, along with tactical adaptations, has increased its resilience to disruption,” Chris says. “These findings support but qualify existing research on social movements in Britain and reflect the impact of varied environmental pressures. In light of these findings, Britain’s imprisonment of key leadership will likely prove insufficient to disrupt far-right groups and could instead entrench these groups and strengthen their grievances.” 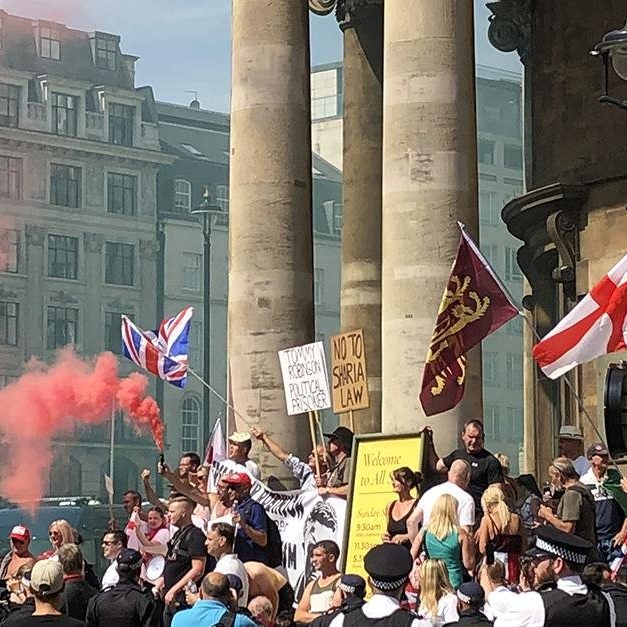 Yuri Neves used his SSP summer grant to explore Jordan and examine the country’s counter-terrorism policy. Yuri interviewed academics and researchers focusing on this issue and on the security environment in Jordan more broadly. “I was specifically interested in learning how Jordan reacted to the Syrian Civil War and how it has been able to maintain security in the country despite being surrounded by conflict,” he says. “I aim to work as an analyst focusing on non-state actors and this grant has given me the opportunity to gain some on the ground research experience in the Middle East, a region I intend to focus on post-graduation.” 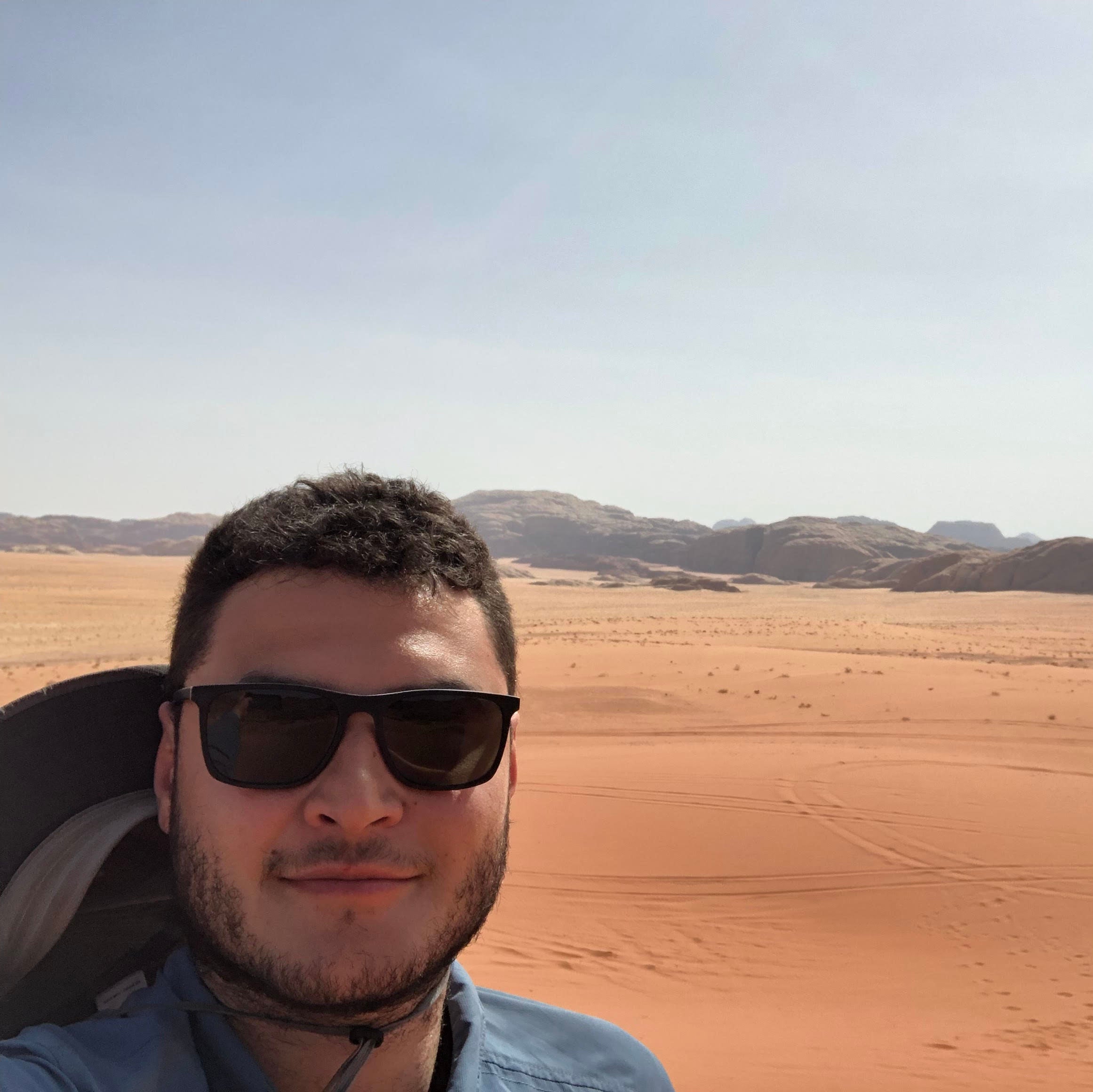 Austin Parenteau used his summer grant to conduct a quantitative analysis of Thucydides’ Trap, examining whether rapid changes in relative power between the top two states in a system is associated with a higher likelihood of war between them. Austin gathered Composite Index of National Capability metrics for countries since 1816 via the Correlates of War Project, and has acquired population and GDP/c estimates for others going back to 1AD through the Maddison Database. “I have compiled graphs for every example case Graham Allison uses for his research, and thus far, only about half appear to actually show a full power transition,” says Austin. “Critical questions still to answer include what counts as the system in a given era (limited to Europe, East Asia, Americas, etc.), and over what period of time should be counted as a rapid transition.” 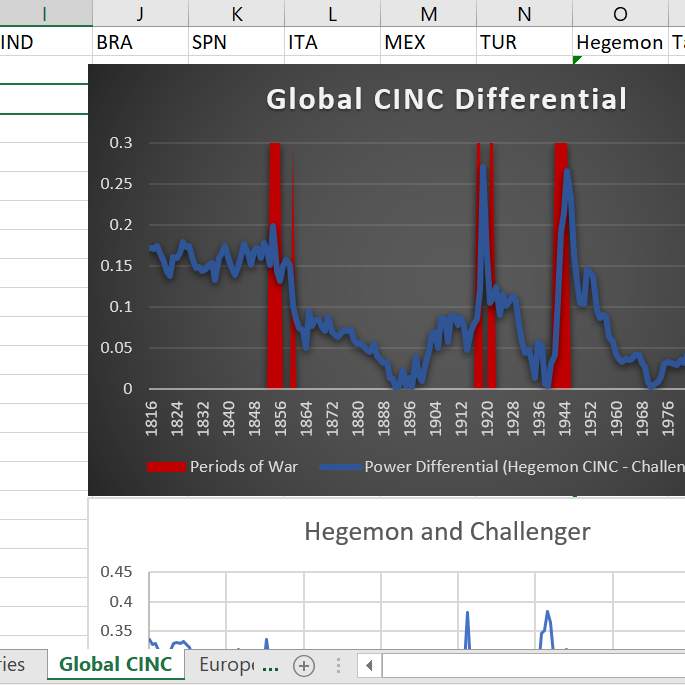 Using her summer grant, Samantha Randazzo traveled to Tallinn, Estonia and studied the country’s world-renowned cybersecurity ecosystem. “While in Tallinn, I attended CyCon (sponsored by the NATO Cooperative Cyber Defense Center of Excellence) and met with officials from various Estonian government agencies whose purview is cybersecurity,” Samantha says. “I was even able to visit the cemetery that is now home to the Bronze Soldier of Tallinn—the statue that was removed from the city center in 2007, setting off a wave of cyberattacks that became the impetus for Estonia’s rapid build-up of effective cyber defenses. I plan to turn what I learned, through both my own research and my conversations with experts, into a paper about how the Estonian cyber defense model works, how it differs from those of other countries, and whether it might be exportable to developing nations.” 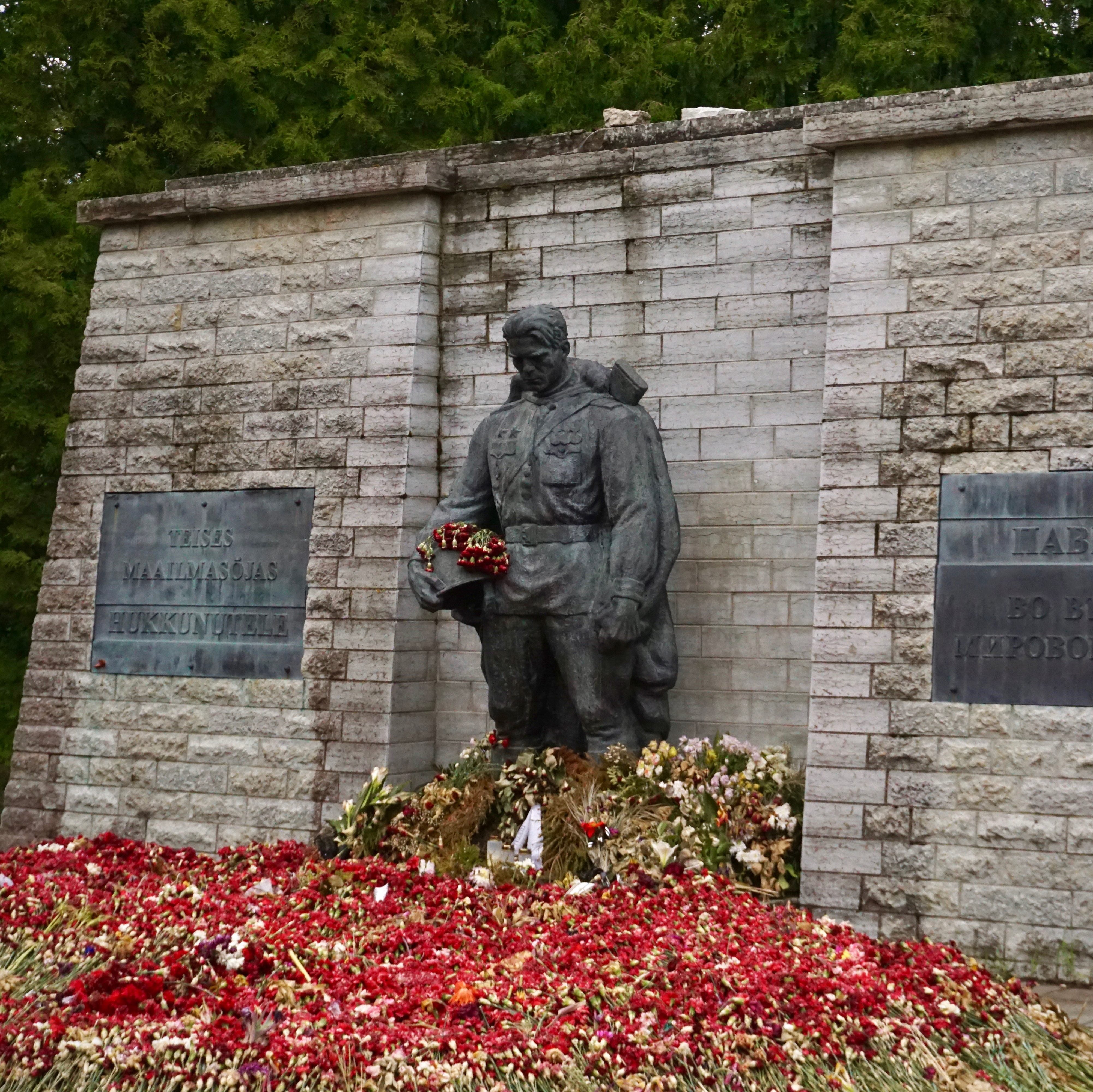 Nikolai Rice used his summer grant to research Chinese private security development around Belt Road Initiative (BRI) projects in Southeast Asia. He focused on SE Asian violent non-state actors and the degrees to which they threaten key infrastructure along the BRI. Nikolai found that the BRI’s dependence on South East Asian waters makes it a weak point for piracy, sabotage, and political instability. “Regardless of how much the BRI invests in alternate, overland trade routes, SE Asia will remain the most traffic waters in the world,” Nikolai says. “The security of SE Asian BRI infrastructure and personnel are threatened by multiple different kinds of non-state actors. China hasn’t shown a great degree of interest in finding disarming political solutions, but for the time being its private security industry is too underdeveloped to secure all these ports, roads, and people.”

Sam Riddell used his summer grant to visit Colombia and study disinformation and information operations (IO) in Colombia and Venezuela. In Colombia, he observed that disinformation often travels through vectors other than Twitter and Facebook due to the population’s continued reliance on WhatsApp and radio for news and was widely employed during the 2016 Colombian peace agreement referendum. His research suggests an information proxy war is playing out in Venezuela between US and Sino-Russian aligned coalitions, with each side supporting a different president’s claim to legitimacy. “Venezuelan IO is a relatively unique example of sustained, state-backed information operations using modern communication tools,” Sam says. 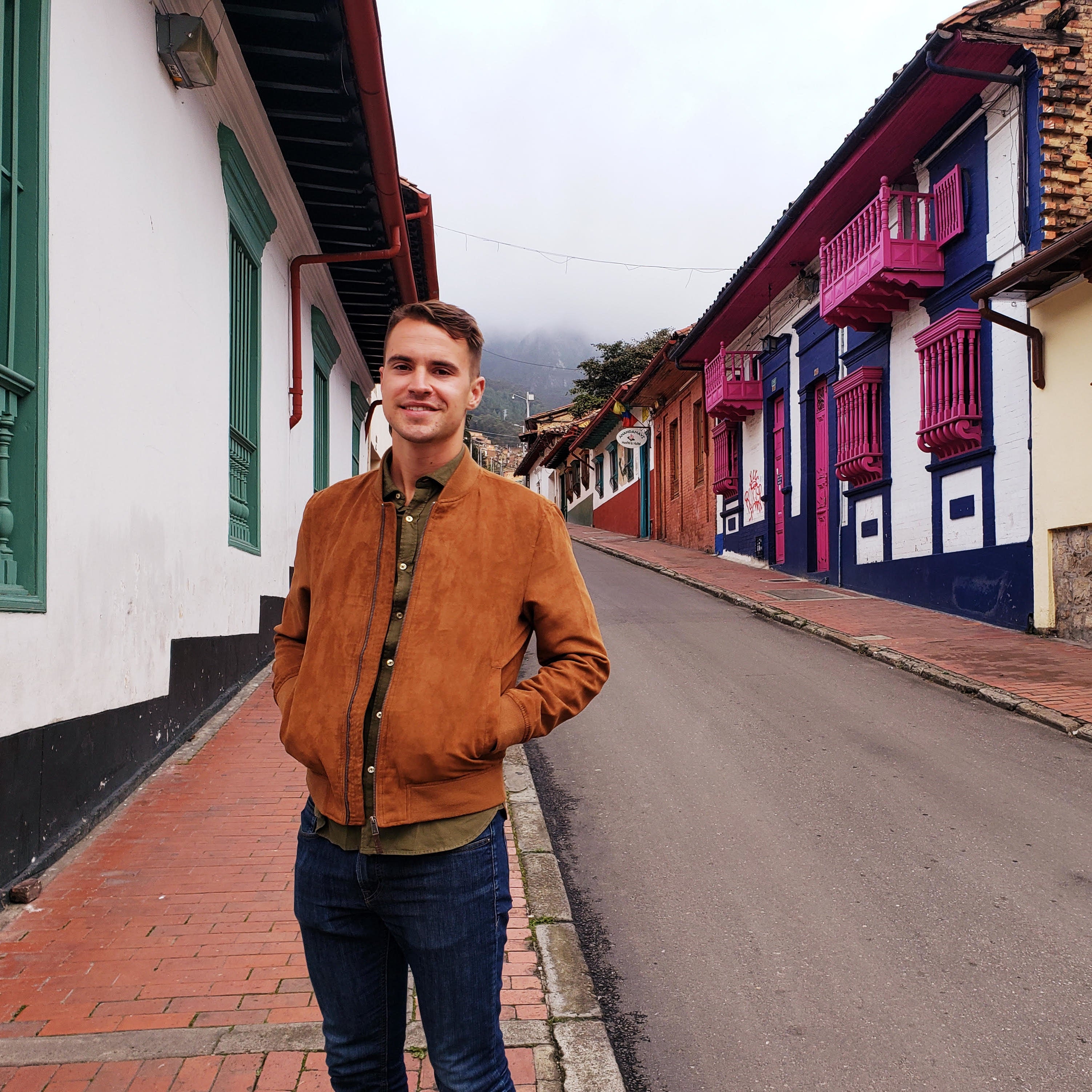 Iida Tikka used her summer grant to visit Helsinki and St. Petersburg, researching the security implications of Finnish-Russian environmental cooperation. Iida interviewed officials, experts, and policymakers on the current state of the cooperation, its motivations, and the future of multilateral environmental projects. “The environmental cooperation between the EU and Russia has a long history, and has played an important role in enhancing regional environmental security,” says Iida. “However, after Russia’s actions in Ukraine and annexation of Crimea, EU countries including Finland have reformed their policy regarding interactions with Russia.” 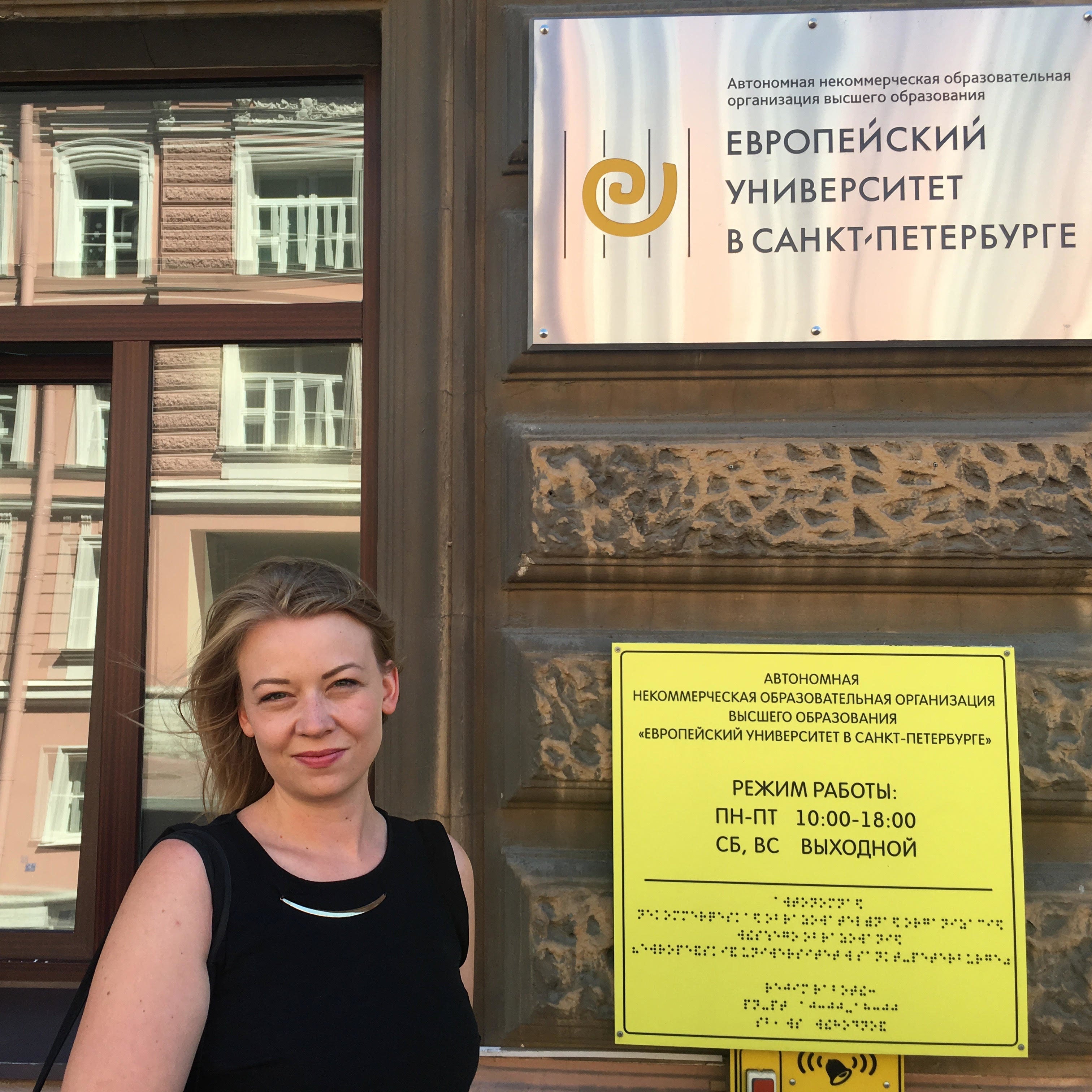 Ari Weisfuse used his summer grant to intern at the Office of the Deputy Assistant Secretary of Defense for Counternarcotics & Global Threats (CN&GT) within the Office of the Under Secretary of Defense for Policy. Under its unique authorities, the DoD provides support to law enforcement and various interagency working groups to help disrupt illicit financial networks that enable U.S. adversaries. “Interning for the Global Threats team of CN&GT was an extremely worthwhile experience,” Ari says. “Witnessing how policymakers provide strategic guidance to military personnel and analysts downrange was particularly informative, especially as someone who is passionate about counter threat finance. The George T. Kalaris Intelligence Studies Fund allowed me to have a once in a lifetime experience, witnessing first-hand the role of policymakers in shaping whole-of-government efforts to combat illicit finance.” 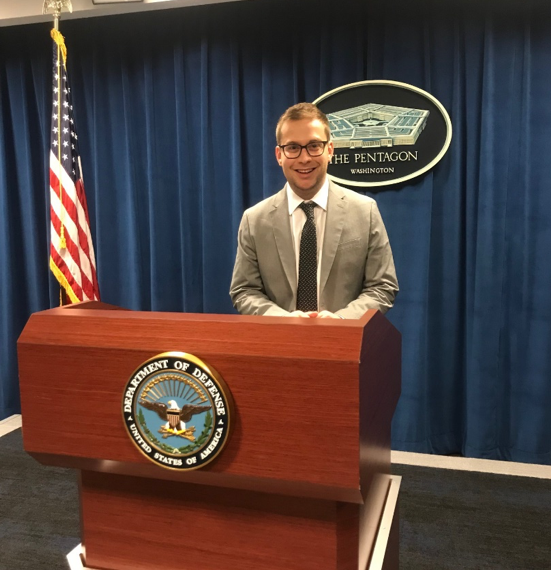