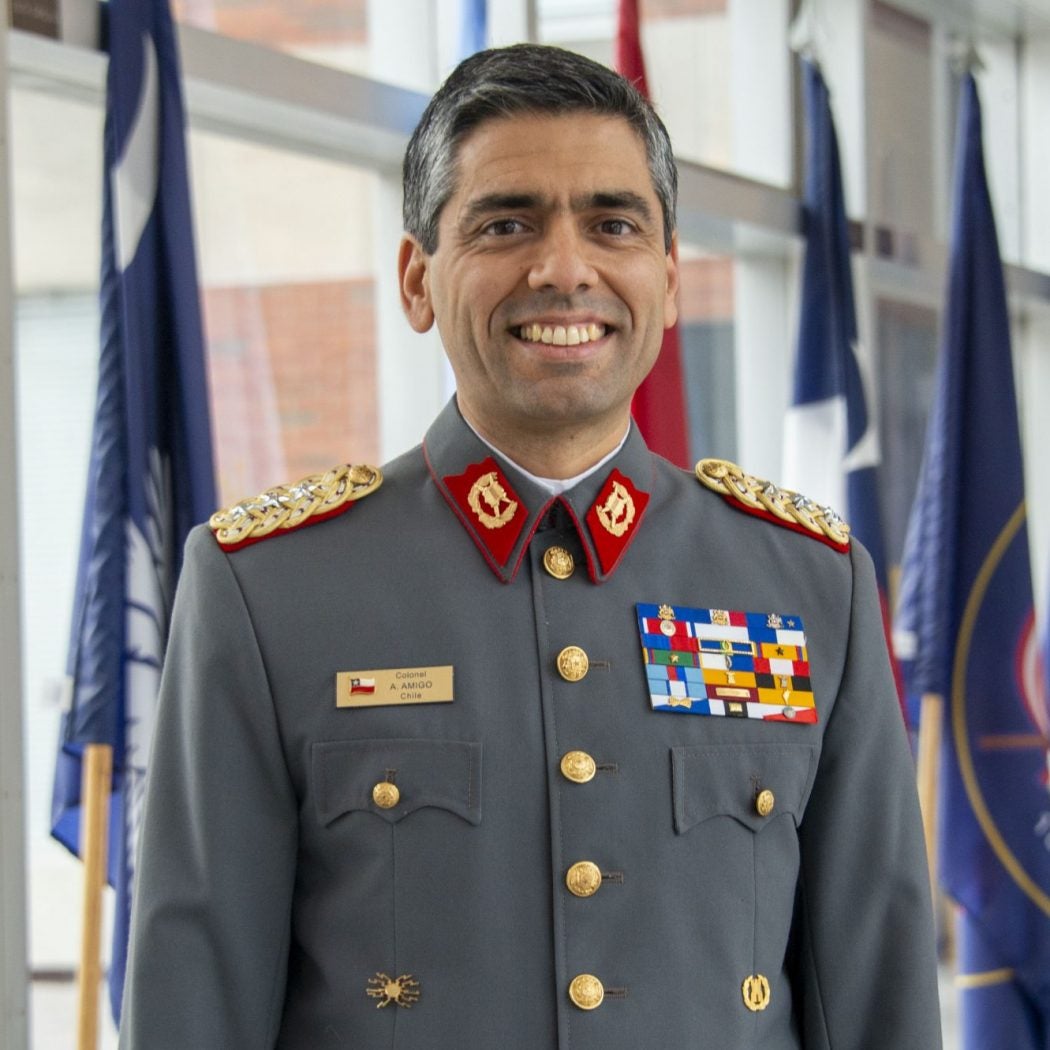 Encouraged by SSP’s prestigious reputation and reinforced by recommendations from two professors at the War Academy who had also studied at the program, Alejandro decided that Georgetown was his top choice. Indeed, SSP is the program “you must go [to] if you want to study from the best,” he says, reflecting on the knowledge and experience he obtained from the school’s professors and its location.

During his time at SSP, Alejandro not only developed a good relationship with his classmates from the U.S., but also established a close bond with a group of fellow international students. These relationships became especially valuable as he prepared for the final comprehensive exam, finding camaraderie and support from his friends. He recalls these relationships as the “most important part of the program” and has maintained them beyond graduation, inviting former classmates to Chile to speak at seminars and sharing memories of Georgetown in their WhatsApp group.

Following his graduation from SSP, Alejandro continued his military career as the chief of strategic planning at the Chilean Army headquarters for four and a half years, working on the development of future capabilities of the army. He also participated in multinational military exercises and seminars in other countries, such as Bali and Japan. Until recently, he was the commanding officer of a regiment composed of signal and supply battalions in Antofagasta in northern Chile.

Alejandro recently joined the faculty of the U.S. Army War College as a Professor of Multicultural Leadership in the Regional Studies program, focusing on Latin America. When asked how his experience at SSP helped prepare him for this role, he lists the theories of international relations and security he learned from his classes at SSP as valuable influences. Just as important, however, is the effect on his teaching style. He structures his class as a Socratic dialogue, a concept he acquired from his studies at Georgetown.