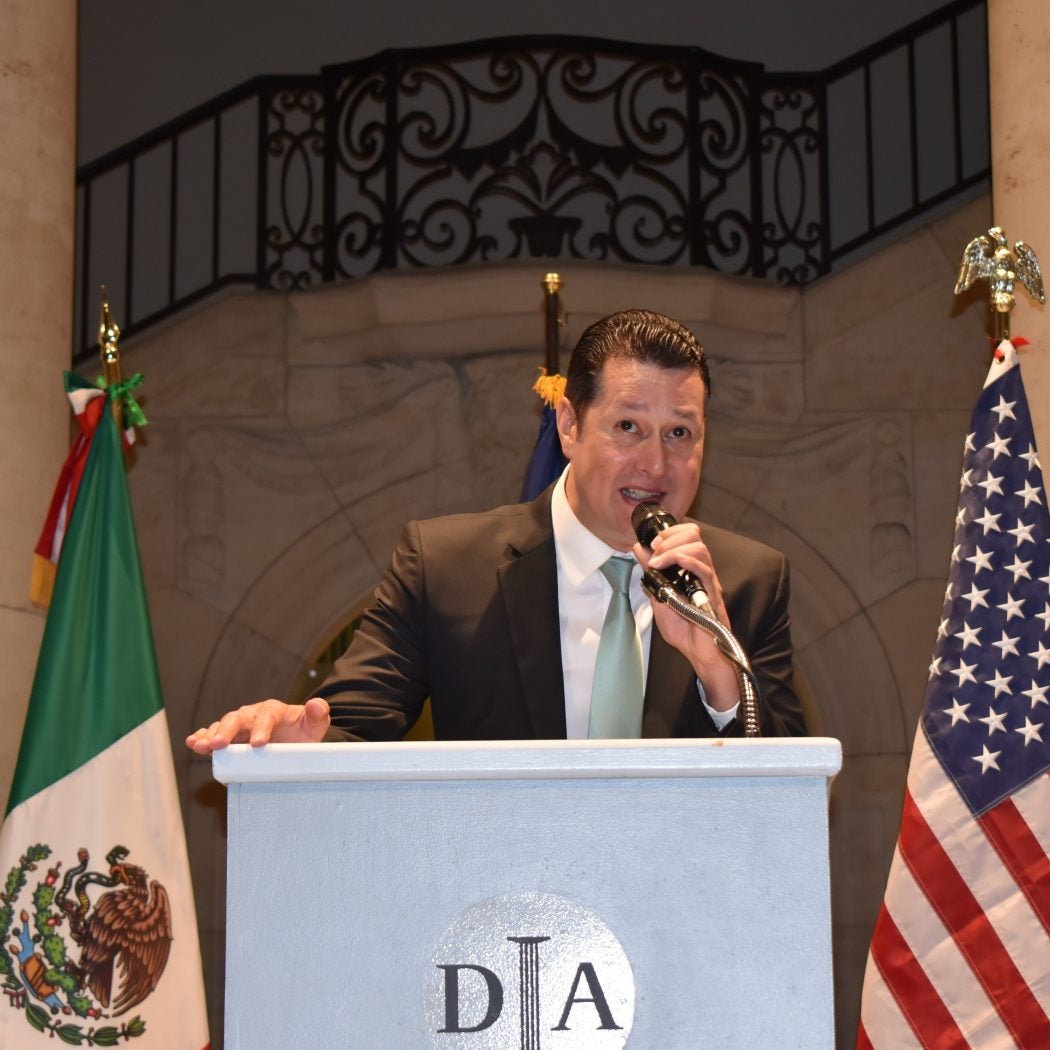 Since graduating in 2001, Christian has worked for the Mexican Government in Singapore, China, the Philippines, and Australia. Now back in the United States, he serves as the Deputy Consul and Trade Commissioner at the Consulate General of Mexico in Detroit.

Posted in Beijing in 2004, in the run-up to the 2008 Olympics, Christian felt the “dynamism” of China as its economy boomed and took center stage. From his experience in Asia, Christian believes the region will quickly return to rapid growth after COVID-19. While he says “globalization has become somewhat of a bad word,” Christian is hopeful countries will revert to an outward-looking worldview.

With its position in the heart of DC, role in the international arena, and Jesuit values, Georgetown had always been a lifelong dream of Christian’s. He applied to Georgetown for his undergraduate degree, but wasn’t accepted and went to school in Colorado. When he was ready for graduate school, he committed to applying to Georgetown until he was accepted. Luckily, he was admitted after his first application, joined SSP in 1996, and studied until 1998. Christian had one course to go before graduation when he was recalled to the Foreign Service. He completed his final course and finally graduated in 2001.

After commuting to an office in shirt and tie for many years, Christian remembers his first day with jeans and a backpack walking to campus, ready to start his new adventure.

“In pre-9/11 Washington DC, the internet was only slowly emerging, but I still explored cybersecurity with incredible instructors who worked at places like the CIA and CSIS.” Christian believes this speaks to the innovative and forward-looking nature of the SSP program.

Truth, service, and honesty are values instilled in Christian during his time in the School of Foreign Service, and these skills have served Christian well in his 20+years career as a diplomat.

For anyone considering a career in diplomacy, Christian sees the field as a vocation, one he’ll be in for life. He shares that it’s an exciting time to be a diplomat with many new tools and technologies at his disposal, including high-level summits convened virtually. His advice for future diplomats: this is a career for those who don’t want to set roots and who thrive from change. He adds, “Live lightly and be open-minded. Your culture is only one of many cultures, and neither above or beneath one another. Also, enjoy the culture shock.”

While English is now the lingua franca, languages “train your brain, and are an amazing skill. They allow you to build bridges.” When Christian was the Deputy Ambassador to the Philippines, he was one of the only Mexican diplomats in the service to speak Tagalog. This skill helped him cultivate strong relationships in his host country.

For anyone joining the field of international affairs, especially at this time, Christian says, “This is going to be completely different and unique. Remember to take the positive out of this [situation]. You have something no one else has. Seize upon that and make the most of it. See the positive and not the negative. And, when you can go to campus again, enjoy campus!”