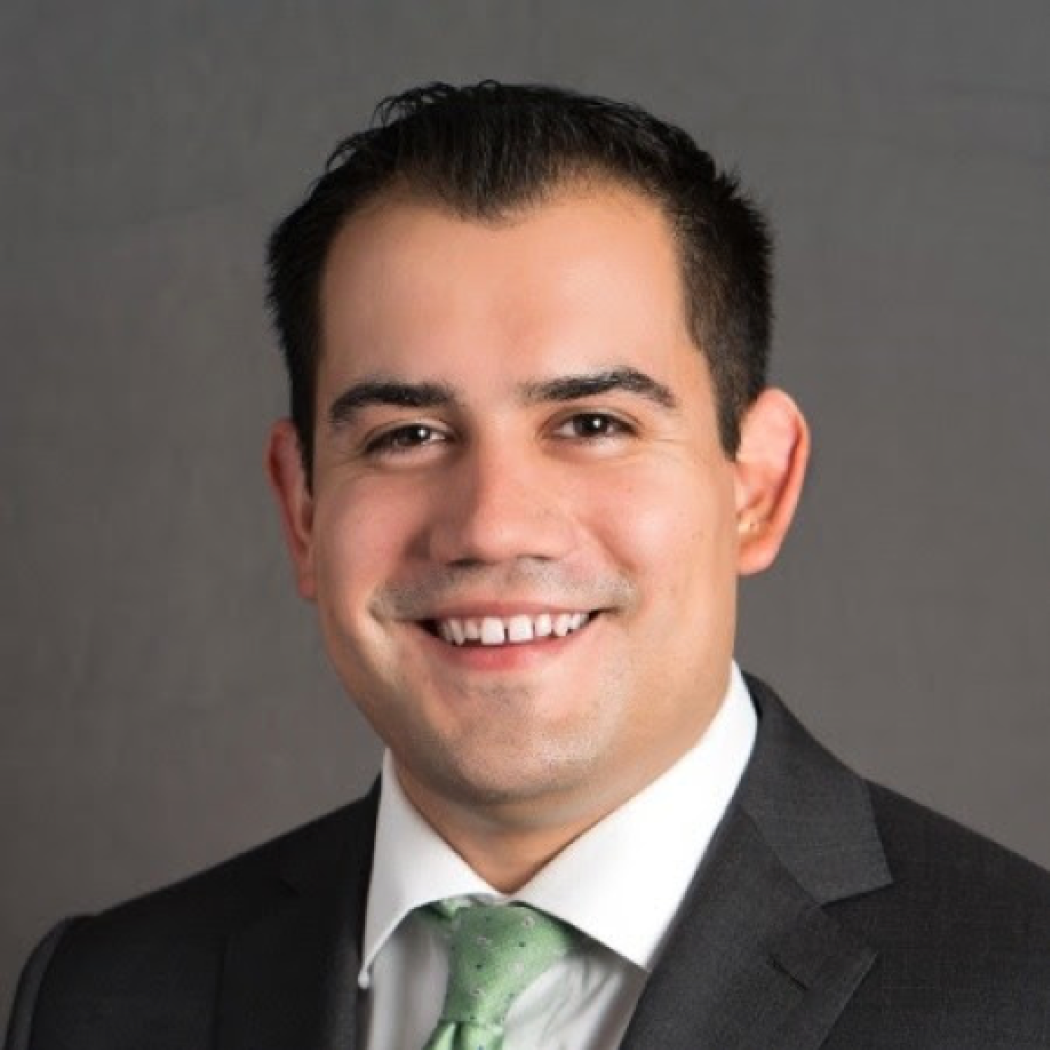 On May 24, 2021, Daniel Ibarra celebrated the culmination of his SSP studies at Nationals Park with his father and stepmother. Six months after he officially finished the last of his virtual classes at Georgetown, he became the first in his family to graduate with a master’s degree. As he watched the ceremony from the stands at the stadium, he reflected with pride on the resilience of his cohort and their ability to achieve this accomplishment, despite the hardships brought on by the pandemic.

A second-generation Cuban and Colombian American, Daniel was born in a family where national security was a consistent theme. His father served in the U.S. Air Force, deploying multiple times to Afghanistan after the September 11 attacks and retiring after thirty-six years of service as a Chief Master Sergeant. Following in his footsteps, Daniel joined the Air Force Reserve after high school. He deployed to the Horn of Africa in 2014—an assignment he considers his “study abroad” experience—during his senior year at Florida State University, graduating with a degree in economics and political science.

One of his professors, who worked at RAND, suggested think tanks as a possible route to a career in national security. With his referral, Daniel was hired as a Research Assistant working on personnel recovery and emerging technology for RAND’s National Security Research Division and Project Air Force. After two years at RAND, he pivoted away from research to human capital consulting work at Deloitte, starting off as a Business Analyst and later leading a workforce analytics team as a Management Consultant.

While at Deloitte, Daniel decided that he needed to get a head start on getting a graduate degree. Reflecting on his decision to apply to Georgetown, he remembers looking out from his eighth-floor office window at RAND at Georgetown’s iconic Healy Hall and picturing himself attending classes there. Though he initially considered an MBA, his engagement with alumni led him to SSP instead. In particular, Daniel was drawn to the quality of the program and the wealth of experience among the faculty.

One of the professors at SSP who had the biggest impact on Daniel was Dr. Kim Roberts, who taught his section of the required “Theory and Practice of Security” course. “She is a truly amazing professor who cares deeply about her students and their success both in and out of the classroom”, he says. “She was also an advocate for her students engaging in debate and forming friendships with each other.” In one particular session, she conducted a crisis simulation on the Cuban Missile Crisis, dividing the class between the U.S. and Soviet national security enterprises and having both sides make decisions as the real policymakers would have made. (Daniel got to be Nikita Khrushchev.) He later took her class on multinational corporations and believes he did some of his best writing in that course.

Overall, Daniel’s experience at SSP helped him gain new viewpoints on national security and defense policies. His classes taught him the frameworks, theories and methods of analysis that he continues to use on a daily basis and helps him understand his clients’ needs. Daniel is currently a Senior Consultant in Deloitte’s Government and Public Services practice, where he leads a policy and logistics workstream and specializes in workforce strategy/analytics, policy analysis, program management and change management initiatives.

At SSP, Daniel enjoyed the social interactions he had with his peers at events like the annual Covert Affair gala, as well as networking opportunities with alumni. He encourages current and future SSP students to get out of their comfort zones and challenge themselves. “Most importantly, build relationships,” he advises. “Networking may have a negative connotation, but the people who you sit in class with now will be the future leaders in the areas they’re heading towards. You could be working with them in the future.”