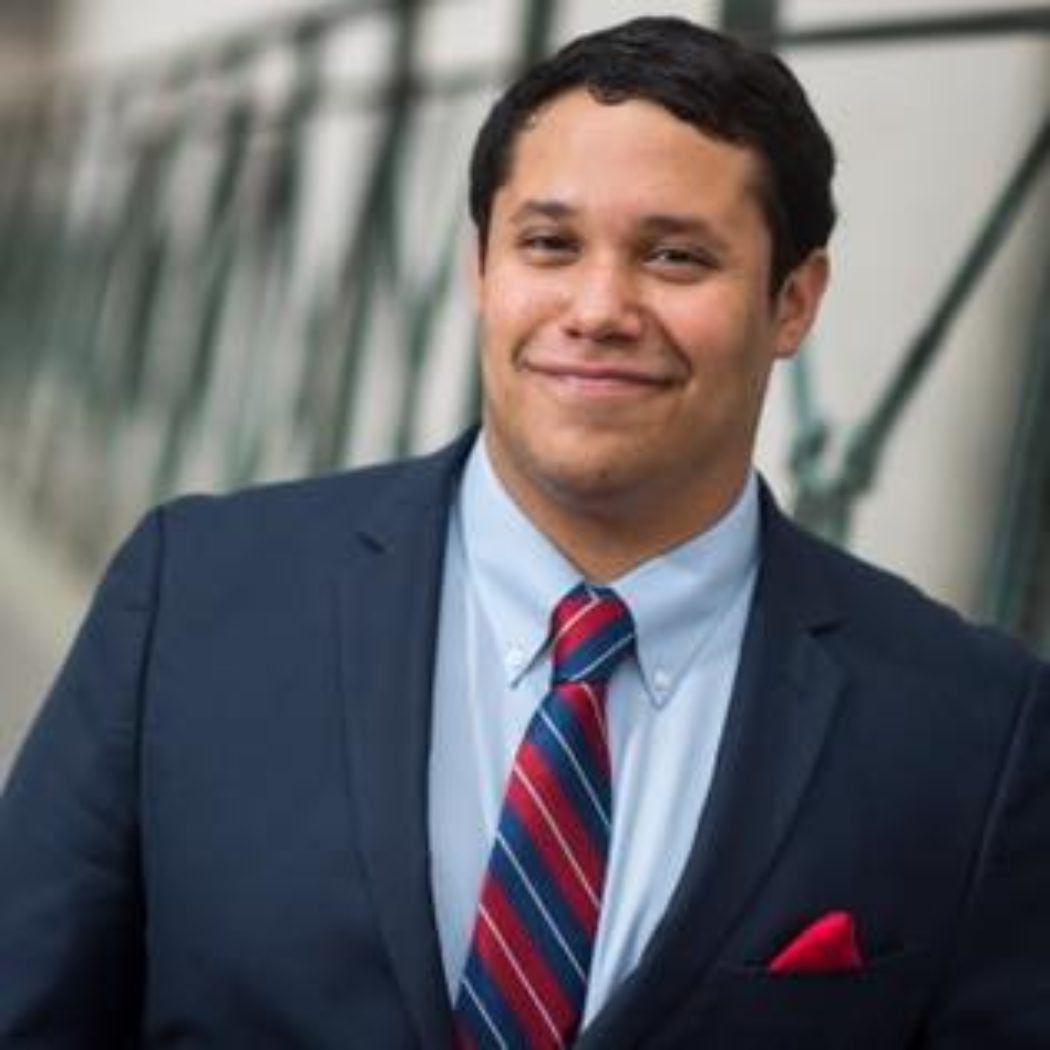 This profile was updated in June 2022 with Francisco Bencosme new position. Below is the original profile, posted in September 2019.

Francisco Bencosme is the son of two immigrants from Ecuador and the Dominican Republic. In high school, he discovered his passion for domestic and foreign political issues through his time on the policy debate team. He debated on a wide range of topics; however, those that piqued his interest were related to national security issues, such as foreign aid assistance to Africa and the Middle East and the ethics of surveillance. Francisco decided to make his newfound passion a career and majored in international relations and political science at Wake Forest University. Francisco was the first member of his family to attend college, and he found joy in continuing to participate in debate while at Wake Forest.

After graduating from Wake Forest in 2012, he began his career in D.C. Initially, he worked at the Foundation for the Defense of Democracies and the Center for a New American Security (two security think tanks), but quickly switched jobs and joined the Senate Foreign Relations Committee in 2013 when Senator Bob Menendez, the first Hispanic-American chairman, took over for Senator John Kerry. Francisco excelled in his new position as a legislative aide and soon found himself in charge of the Asia-Pacific portfolio. At this point, Francisco decided he wanted to return to school to become an expert on Asia-Pacific regional issues. He wanted to be able to do his job at the highest academic level possible. After talking with mentors and exploring professional programs that allowed students to continue working full-time, Francisco applied for and subsequently accepted admission to SSP at Georgetown.

SSP provided Francisco the opportunity to take classes that gave him greater insight into Asia-Pacific affairs. He fondly recalls taking China and Its Military as well as Congress in Asia. Also, SSP gave Francisco a new network to take advantage of. He found his peers easy to relate to because many of them were at similar points in their careers. They were young professionals who shared his academic interests and worked on projects that supported the national security apparatus. Francisco claims SSP’s classes and network were invaluable to his growth, but he emphasizes the importance that SSP’s summer grant played in his Georgetown experience. He used a research grant to travel to Burma, Malaysia, the Philippines, and Vietnam. Immersing himself in these countries truly made him a better Asia-Pacific scholar-practitioner. He claims the trip “honestly changed [his] life,” allowing him to use his work and academic pedigree to get meetings with high-level representatives. “I was shocked by the level of some of the meetings I was getting and level of the people I was meeting with.” His experiences abroad enhanced his understanding of on-the-ground issues, making him more pragmatic when discussing how to tackle issues in Asia.

After graduating from SSP, Francisco left the Senate Foreign Relations Committee and accepted a position with Amnesty International USA, as an Asia-Pacific advocacy manager. At Amnesty, he fought for the rights of child soldiers, refugees, members of the LGBTQ community, and ethnic minorities facing genocide. Now at Open Society Foundations, Francisco serves as a Senior Policy Advisor for Asia and Latin America. In these roles, Francisco feels that he has made a real foreign policy impact and is creating real change that better the lives of those who might not have a voice.