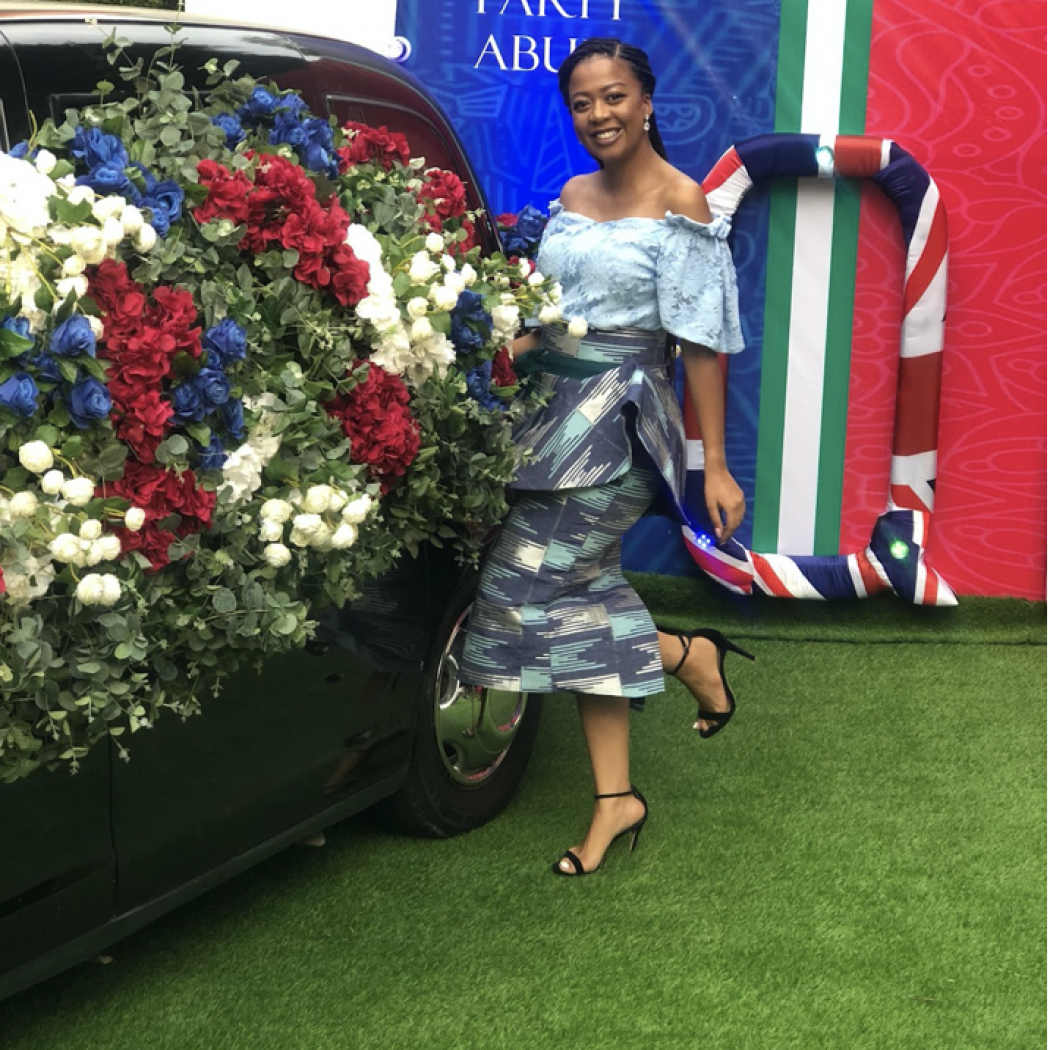 “Now that I’m going to Georgetown, everything will fall into place,” Georgina Mugugu reassured her parents after receiving her acceptance letter to SSP. Before she decided to go to graduate school, Georgina’s professional background was broad-ranging. During her undergraduate studies at University of Birmingham, she had an internship at the British Parliament, where she realized that she was not particularly excited about local politics. After graduation, she started an internship at the United Nations Association working mostly on event organization, and this exposure to peace and security issues around the world confirmed her interest in international relations. She followed that up with a brief stint in Qingdao, China as an English teacher and a resourcing assistant at a law firm back in the UK before being accepted into SSP with a partial scholarship.

From her first semester at Georgetown, Georgina worked at the on-campus library to earn money as a first-year international student. The following summer, with financial support from an SSP summer research grant, she started her work at UN Women as a Graduate Research Assistant in Beijing. “I enjoyed my time in China a lot more than my previous experience as an English teacher,” Georgina says. “I gained a lot of insight into UN work.” In her third semester, she continued to build on her experience at international organizations through a Security Analyst Intern position at the World Bank, focusing on African affairs. As an analyst, she looked at various countries in Africa and assessed their security situation to advise internal operations. Although she found working at the library and taking classes on top of her internship stressful, her work at the World Bank got her interested in corporate security, specifically on how a company’s security posture changes depending on the region.

After graduating from SSP in 2017, Georgina worked as a consultant for the non-profit Luminos Fund before joining the United Nations Office on Drugs and Crime as a Junior Consultant stationed in Abuja, Nigeria. There, she primarily focused on drug trafficking and the illicit arms proliferation it facilitates. In this capacity, she worked with judges, gendarmerie, police officers and other government officials. Through her research and work, Georgina expanded her understanding of African security and gained insight to forensics and other technical aspects of anti-drug operations that she did not learn at Georgetown. In her final months in Nigeria, Georgina worked on an anti-corruption project just as the Covid-19 pandemic hit. As the crisis unfolded, she coordinated with NGOs and government officials in making sure the government was using its resources for the right purposes and monitoring how the country tackled the pandemic.

Georgina left the UNODC in the summer of 2020 and returned to England, but soon found a position at the World Bank as a Europe and Central Asia Security Analyst. Because the position was only temporary—she was covering for an employee on maternity leave—she felt motivated to work hard and establish relationships through her meetings with colleagues, all to prove her value to the organization. This approach ultimately paid off: Since March 2021, Georgina has been working as a Central and Southern Africa Security Analyst for the World Bank, having moved back to Washington DC.

Georgina reflects that the knowledge and skills she acquired at SSP are highly utilized in her job today. Many of her class papers gave great insight into how to write a good policy brief, and the sound understanding of current affairs that she developed in the core classes has helped her make connections and draw implications in her work. The professor who had the biggest impact on her was her thesis advisor, Dr. Kimberley Roberts, who advised her to focus her research on an area where she wanted to work in the future, so that she could discuss her thesis during interviews. “Dr. Roberts really took the time to help, talk through my problems or just grab coffee to discuss my post-SSP life,” Georgina says. “It’s nice to have someone like that to talk to and slow things down when you have a lot going on.”

Beyond the classroom, SSP taught Georgina how to challenge herself and learn how to communicate with different types of people, adapting to work with different personalities. The ability to communicate has been at the core of her success in finding jobs at places like the World Bank and UNODC. Her interactions with alumni and classmates at Georgetown, her involvement with the Africa Business Conference and her persistent effort to maintain relationships with colleagues from her previous jobs have all contributed to the development of her professional career. “Tap into the network at Georgetown,” Georgina advises SSP students. “A lot of people are still willing to grab coffee or at least stay in touch. At the end of the day, you need to be able to say to yourself that you did everything you could.”