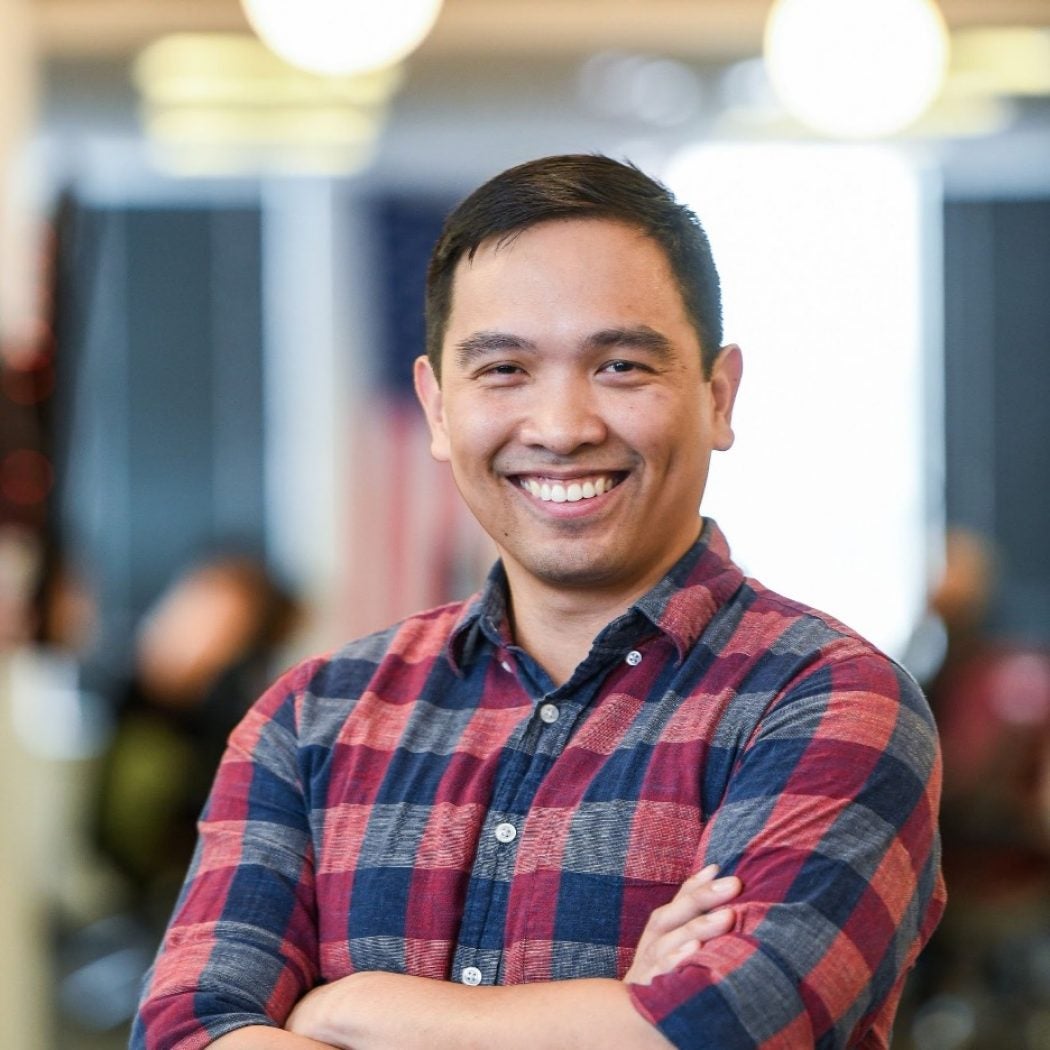 This profile was updated in June 2022 with Gerard Lumban's new position. Below is the original profile, posted in May 2021.

Only three years after the 9/11 attacks in New York, where close family friends lived, Gerard started college knowing that he wanted to enter the field of foreign policy and national security. Born in the Philippines and raised in Southern California, he had initially wanted to become a Hoya as an undergraduate student. However, he ended up at American University in DC, where he got a degree in international studies. While at AU, he worked as an intern at the State Department and USAID, building his professional experience in international affairs.

That USAID internship led to a full-time job, and he worked there for almost five years after completing his studies. He noticed that everyone working in senior positions there had a master’s degree, and many were former Presidential Management Fellows. He observed the difference in the work they did and realized that going to graduate school would be necessary if he wanted to advance his career. With Georgetown still in the back of his mind, he chose to apply to SSP to add another layer to his knowledge in international affairs and work experience from USAID.

Before joining SSP, Gerard already had a background in technology, having worked in IT in high school and college, as well as experience in software anti-piracy work. At USAID, he saw great emphasis on using technology to advance international development and foreign policy goals and recognized that technology was critical both to U.S. national security and to his own professional career. Gerard found his post-SSP job at cybersecurity company Endgame through the SSP Facebook group, via a post by a graduate who was leaving his position and looking for a replacement. By the time he graduated from SSP in 2014, cybersecurity was becoming an increasingly newsworthy field and a wide variety of opportunities were opening up. Gerard was opportunistic in his job search, keeping his eyes peeled for roles in both the public and private sectors, and found the opening at Endgame to be a unique opportunity worth pursuing. “It made sense to me to put my hat in the ring and apply to a cybersecurity firm in DC,” Gerard says.

Gerard currently works as a Program Manager at In-Q-Tel, a non-profit organization that assesses emerging technologies to support U.S. national security. One of the issues he finds at the intersection of technology and national security policy is the gap in mutual understanding that exists between technology experts and those working in policy. On one hand, policy professionals require a better understanding of the technical aspects of the technology that they’re developing policies and laws around. On the other, the “hands-on keyboard” programmers highly benefit from knowing how their work ties into overall objectives in protecting the U.S. private and public infrastructure. Gerard believes that SSP provided him with the knowledge necessary to be a translator between the two camps.

“Develop a strong curiosity in technology and really read up as much as possible,” Gerard advises SSP’s future cybersecurity professionals. If SSP students establish a solid understanding of the core material in security that SSP courses provide, they can contribute to higher-level policy aspects of cybersecurity policy and law. And with crucial understanding of the technology, they can bridge the gap between technology and policy.