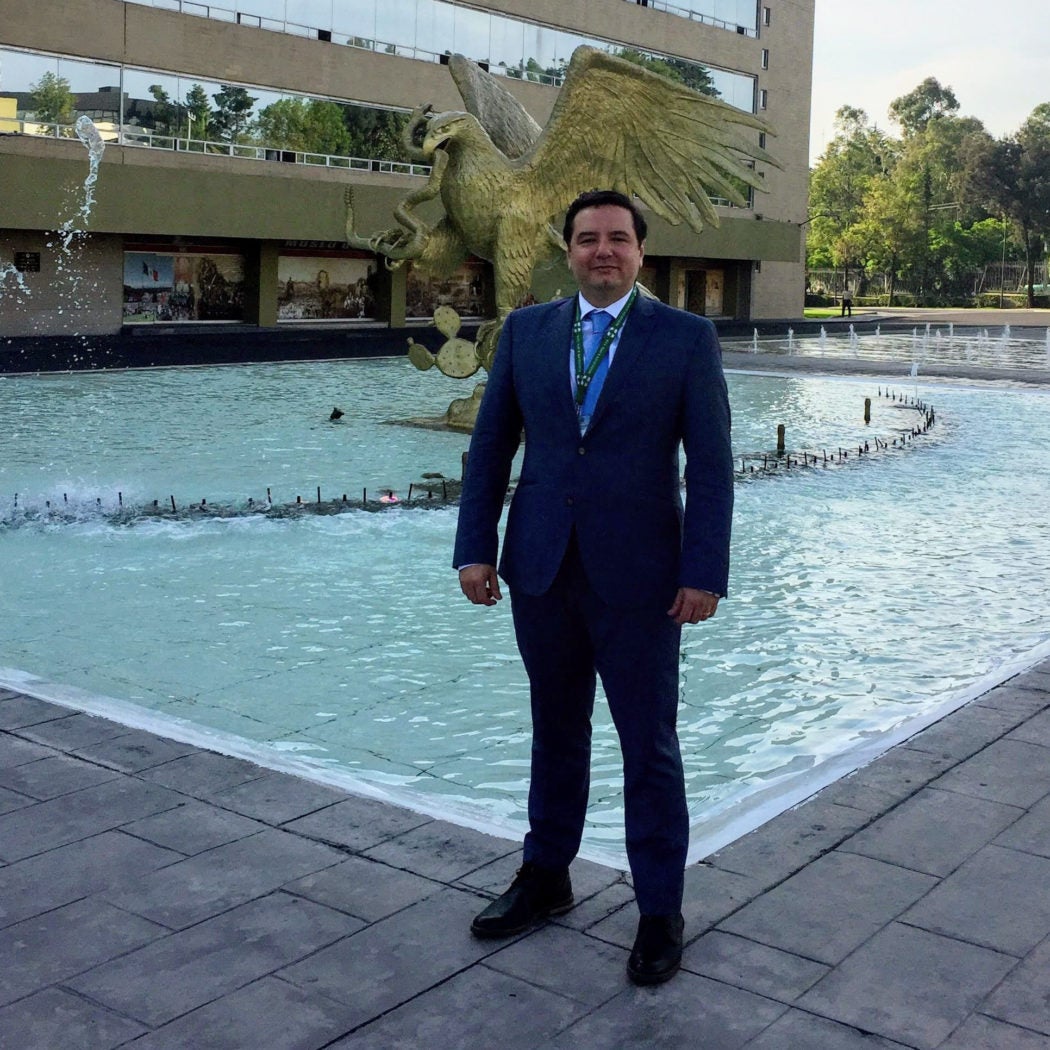 Prior to beginning his time in SSP, Inigo Guevara ran a collection and analysis unit for a State Law Enforcement Agency in Mexico and was later a director with Mexico’s National Security Council, advising the Office of the President of Mexico on defense procurement policy. Having had Georgetown on the top of his list for grad school for several years, he ultimately chose Georgetown because he has always admired the Jesuit order and because SSP’s reputation was far above anything else he had considered.

Inigo attributes some of the best times of his life to his two years at Georgetown. He says he will always remember John Gannon, Kevin O’Connell, Jim Bruce, Liz Stanley, and Dan Byman, but most of all he remembers fellow students that over the years have become like his family. Those great times and connections are what led Inigo to stay in the United States after graduation and eventually become a U.S. citizen. It was through a Georgetown (now emeritus) Professor, Dr. John Bailey, that he found a summer internship, which then led to a full-time position as an intelligence analyst with CENTRA Technology, a company in the DC area in 2010. “Working at CENTRA supporting a wide variety of analytical projects was some of the best work I’ve done in my life,” Inigo recalls. Inigo transitioned to Janes in 2015, where he leads a team of equipment, market, and defense industry consultants. “Truly hoping this will be my last job, as defense consulting at a global scale is exactly what I've always dreamed of doing.” He sees himself grooming and growing a team of highly capable defense and intelligence professionals that can help public and private sector organizations thrive in a constantly changing and challenging environment for years to come.