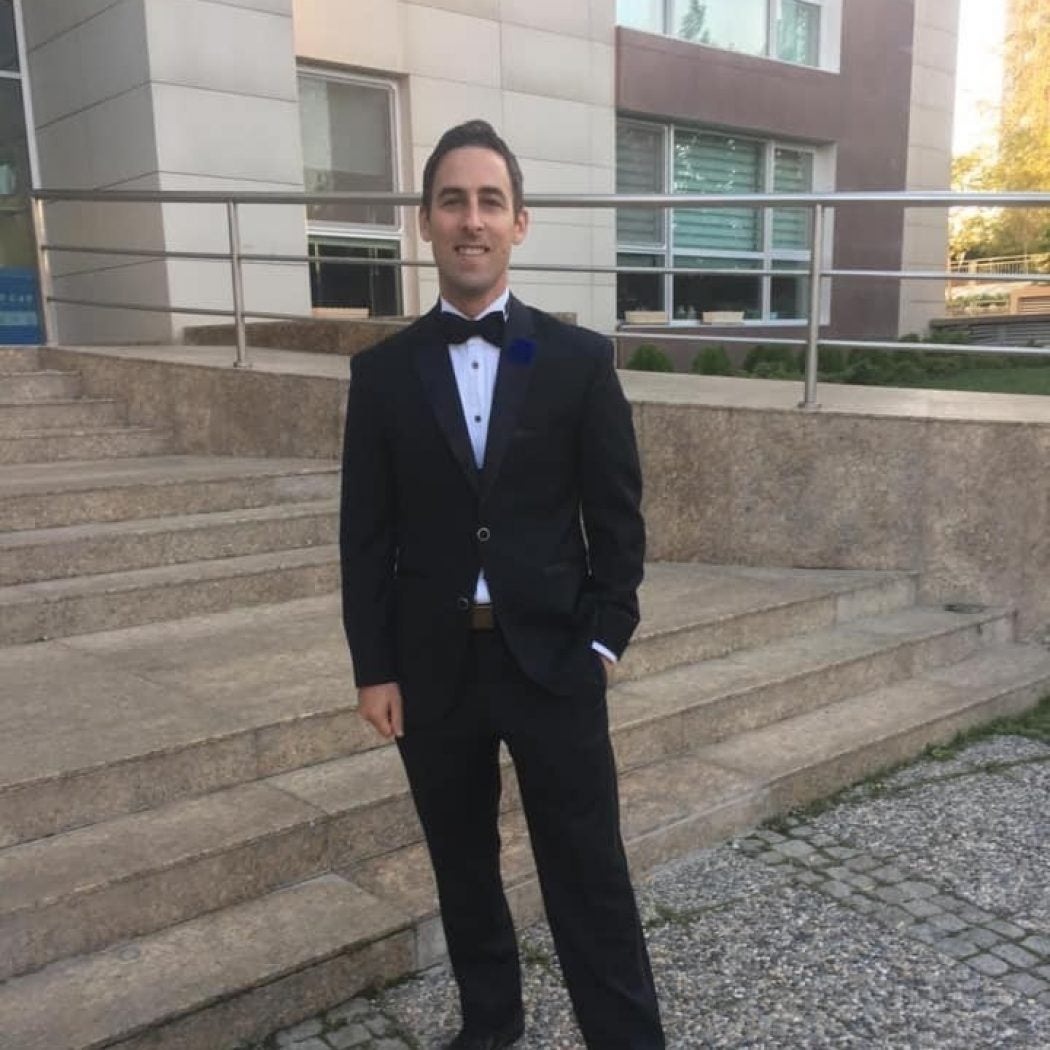 While completing his BA from University of California San Diego via a study abroad program in Shanghai China and simultaneously leaving the Army Reserve after eight years, Jon-Paul Bernard decided to pursue his master’s degree in 2010. He was interested in studying U.S. foreign policy, which made SSP a natural fit. Jon-Paul found SSP’s exceptional professors and Socratic-style classroom environments greatly benefited his learning. He also says that his colleagues were instrumental to his success: “I think the connections I made and the things I learned from the other students is the most memorable [thing] for me.” While attending SSP, Jon-Paul worked at the School of Foreign Service Graduate Career Center for Ms. Anne Steen. While there, he learned real world skills – resume writing, networking, job searching – that have paid dividends since he graduated in 2012.

Upon graduation, Jon-Paul began working as a consultant at Booz Allen Hamilton. Unfortunately, his time there was short because of severe budget cuts that affected his office. Within a few months of leaving Booz Allen, he was offered an analyst position at the Department of Homeland Security National Operations Center. After working as an analyst for a year, he was approached by the Diplomatic Security Service (DSS) and offered a special agent position. He quickly accepted and has remained with the DSS ever since. He has been assigned to posts in Washington, Pakistan, and Turkey so far, but will soon move again to become an investigator in Belize. He finds his current job rewarding because supporting the U.S.’s foreign policy and national security goals gives him a sense of purpose and feeling of accomplishment. Jon-Paul says that students should use their time at SSP to hone their cultural competency, leadership traits, and management skills because doing so will help them have successful careers in the international relations field.