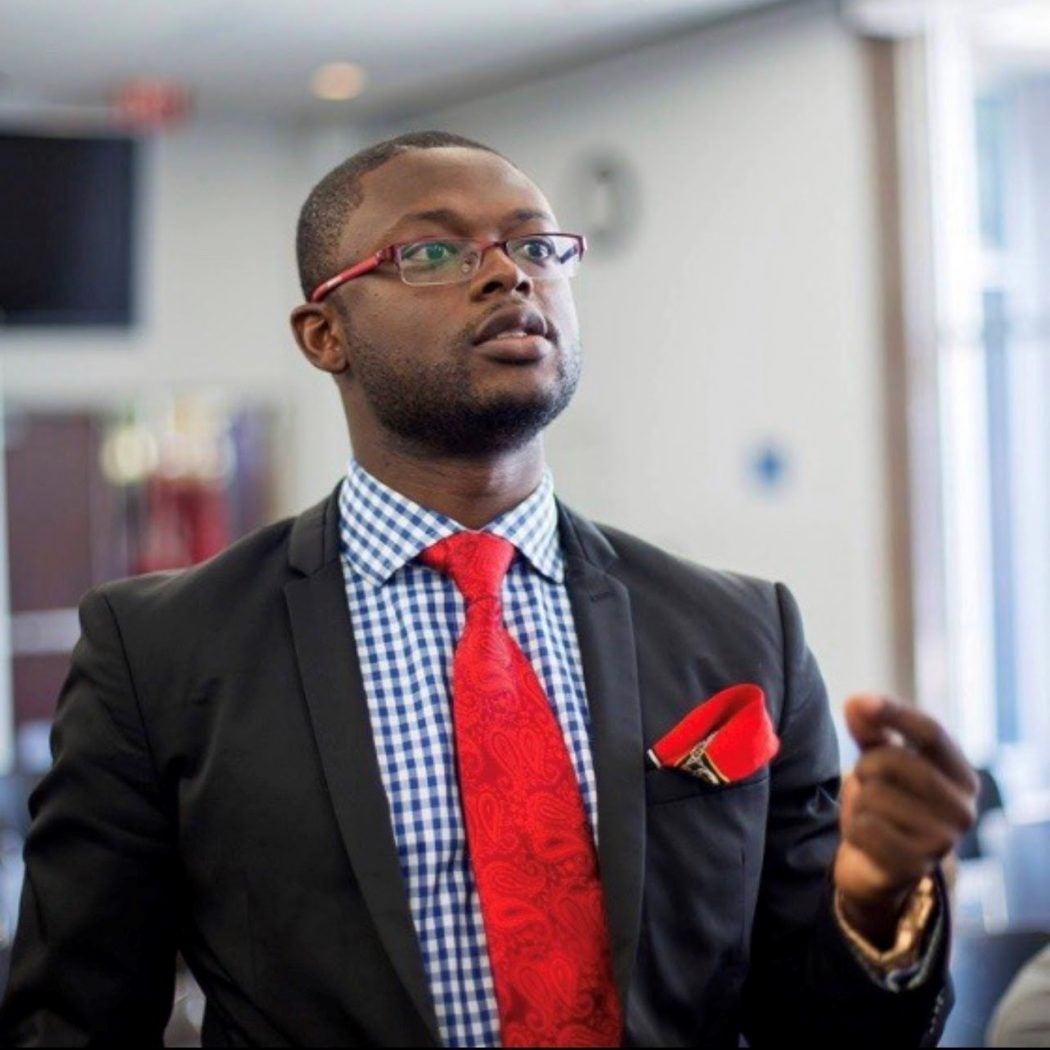 Before joining SSP, Nathan Gwira already had significant international experiences that shaped his worldview, from living in Africa and Asia and then working in the U.S. Department of State. At 8 years old, Nathan moved from suburban New Jersey to Cape Coast, Ghana. After spending ten years in West Africa as a child, Nathan still felt the need to connect with Africa and the diaspora. Upon his return, seeking to explore his own socio-political identity, Nathan chose Africana studies as his major during his undergraduate years at Rutgers University in New Jersey. He also expanded on his language skills, studying Mandarin and French.

Initially, he planned to study Arabic abroad in Morocco during his final year at Rutgers, but the Arab Spring rerouted his path to China. After graduating from Rutgers in 2012, Nathan moved to China for two years to perfect his Mandarin.

Once back in the United States, Nathan worked toward his intended career path in diplomacy by working in the U.S. Department of State, progressing from intern to the role of Junior Program Analyst before enrolling in American University’s Peace Studies program for his master’s degree. However, the more he reflected on the U.S. and China’s shifting relationship and its global impact, the more he realized that security was at the heart of maintaining peace. After one semester at American University, Nathan decided to shift paths and come to SSP, hoping to dig deeper into the role of security in diplomatic relations. While working toward his degree, he returned to China to pursue a Master’s certificate in Chinese studies at the Hopkins-Nanjing Center as a Boren Fellow.

Nathan says that SSP enabled him to gain deeper analytical skills where he learned to apply his knowledge and nuanced experiences to the security field. SSP also sharpened his ability to identify international security priorities and the scope of security challenges, which helps him effectively deliver important information to the appropriate audience. He believes SSP encourages a more well-balanced view of the world through a security lens.

Nathan advises students to be unconventional. “Think critically about issues and don’t be afraid to have a different opinion than what scholars have written—don’t just regurgitate their arguments,” he says. “We need new thinkers to debate the theories that are already written and create more content that aligns with today’s issues while also considering the historical and cultural context.”

As he progressed through the program, Nathan realized that he wanted to branch out from the diplomacy-focused track he was pursuing. He started pivoting to cybersecurity during his time at SSP, where he joined the Georgetown Cyber Security Initiative (CSI) and the Georgetown HoyAlytics Club. Nathan also took great and informative cyber courses such as Professor Meredith Burkart’s “Intelligence and Law Enforcement in the Cyber Domain” and “Hands-on Cyber Forensics” with Professor Garrett Boyd.

Looking back at his time at SSP, Nathan reflects on the cybersecurity and emerging technology workshops that deepened his interest in these fields. These events exposed him to new perspectives and ideas and helped him establish connections to expand his network. On many occasions, Nathan found SSP’s workshops more instrumental in developing his career path than the material he learned in the classroom. “What I learned in the classroom assisted me in establishing a framework to my studies,” he says. “However, the real learning involved attending events with guest speakers, and gaining access to world-class experts while also engaging them in dialogue.”

After graduating from SSP, he began working as a Strategic Intelligence and Government Team Analyst at FireEye, one of the leading cybersecurity companies, before heading to the U.S. Civilian Research and Development Fund (CRDF). He sees cybersecurity as a niche area that is becoming a battlefront in the security field. Nathan currently works as a Project Lead on one of the cybersecurity portfolios at CRDF Global, a non-profit organization that addresses changing concerns on the international stage and was created as a response to the fall of the Soviet Union.