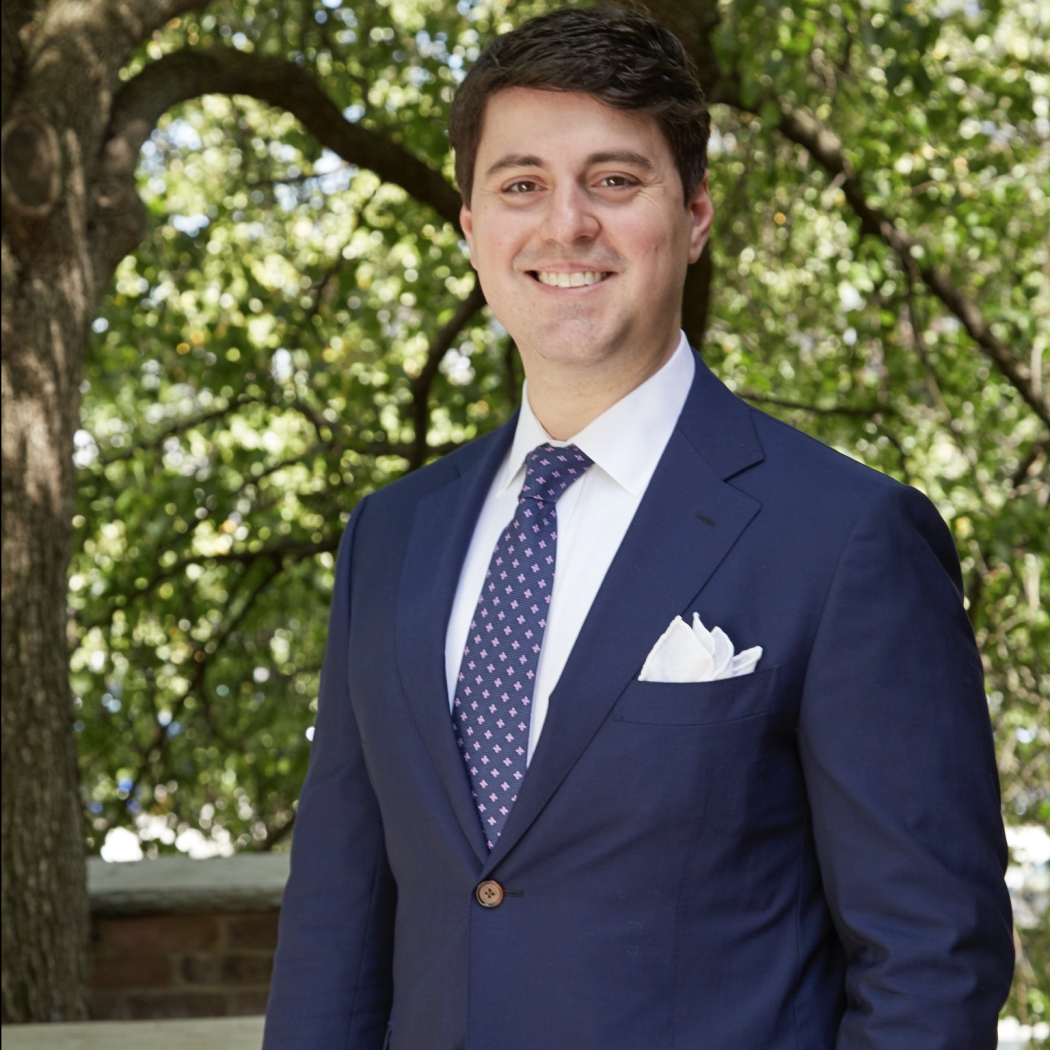 Nicholas Alexiou had wanted to become a lawyer since he was a child, when he would watch Law & Order rerun marathons when home sick from school. He initially planned to go to law school immediately after graduating from the George Washington University, where he studied political science. However, after he missed the application window due to an unexpected early graduation, his father gave him a recommendation: either pursue a graduate degree or wait tables for a year. Nicholas had an interest in international affairs and security—one developed on his high school debate team, where he debated “stuff going wrong and things blowing up”—and chose the former option.

When Nicholas joined SSP in 2002, the program only had three tracks: US National Security Policy, International Security, and Technology & Security. His interest in global issues led him to choose the International Security concentration, taking a variety of classes on subjects ranging from nuclear issues to UN peacekeeping missions. But because he still aimed to go to law school after Georgetown, he also took two classes with a legal focus, both taught by SSP alumna Dr. Catherine Lotrionte.  He enjoyed the classroom dynamic at SSP, one that was unlike the teaching style of his undergrad degree and revolved mostly around reading, discussions, and writing, not quizzes and tests. One of his favorite classes was the Ethics and National Security class with the late Dr. Janne Nolan, whose praise of his writing skills he carries to this day in his role as a columnist for the legal website Above the Law.

A couple of years after graduating from Georgetown, he fulfilled his lifelong goal of attending law school, eventually graduating from NYU School of Law. Since earning his J.D., his focus has been more legal, less “things blowing up.” He applied for a role with the CIA, but it was only after accepting a position at the law firm Sidley Austin that he received an offer for an interview. During a clinic in his third year, he worked with the U.S. Attorney’s Office for the Southern District of New York, where he was originally assigned to the terrorism unit, but was soon shifted to general domestic crimes. “I’ve had a few near misses with the intersection between law and national security,” he says. “But I haven’t directly worked in security matters since SSP.”

Yet his SSP experience still proves to be instrumental in his career — to say nothing of his personal life as it was an SSP classmate who introduced Nicholas to his wife. Although he doesn’t use the knowledge from his classes on a day-to-day basis, the program equipped him with a way of rigorous thinking that he finds beneficial even 20 years later. In his current role at Vanderbilt Law School, he works with J.D. and LL.M. students to help them find jobs in the legal field. Most of these students want to work in the big law firms in New York, DC, and California, but some of them are oriented toward the public sector, looking at law-related jobs in federal agencies like the Department of Justice. Regardless of which track his students plan to pursue, Nicholas finds that his experience in both graduate and law school earns trust among them “the hardest part of the job is to get students to listen and buy into my advice.”

Nicholas encourages SSP students interested in law and national security to explore the nexus between the two, and consider pursuing law school to open doors. “Straight security work can’t necessarily change the law and straight legal work can be mundane,” he says. “But marrying these two fields can be fulfilling and you’d be able to affect real change. The path is there for students to take advantage of and utilize. You just have to be amenable to following a path that isn’t necessarily what you imagined.”