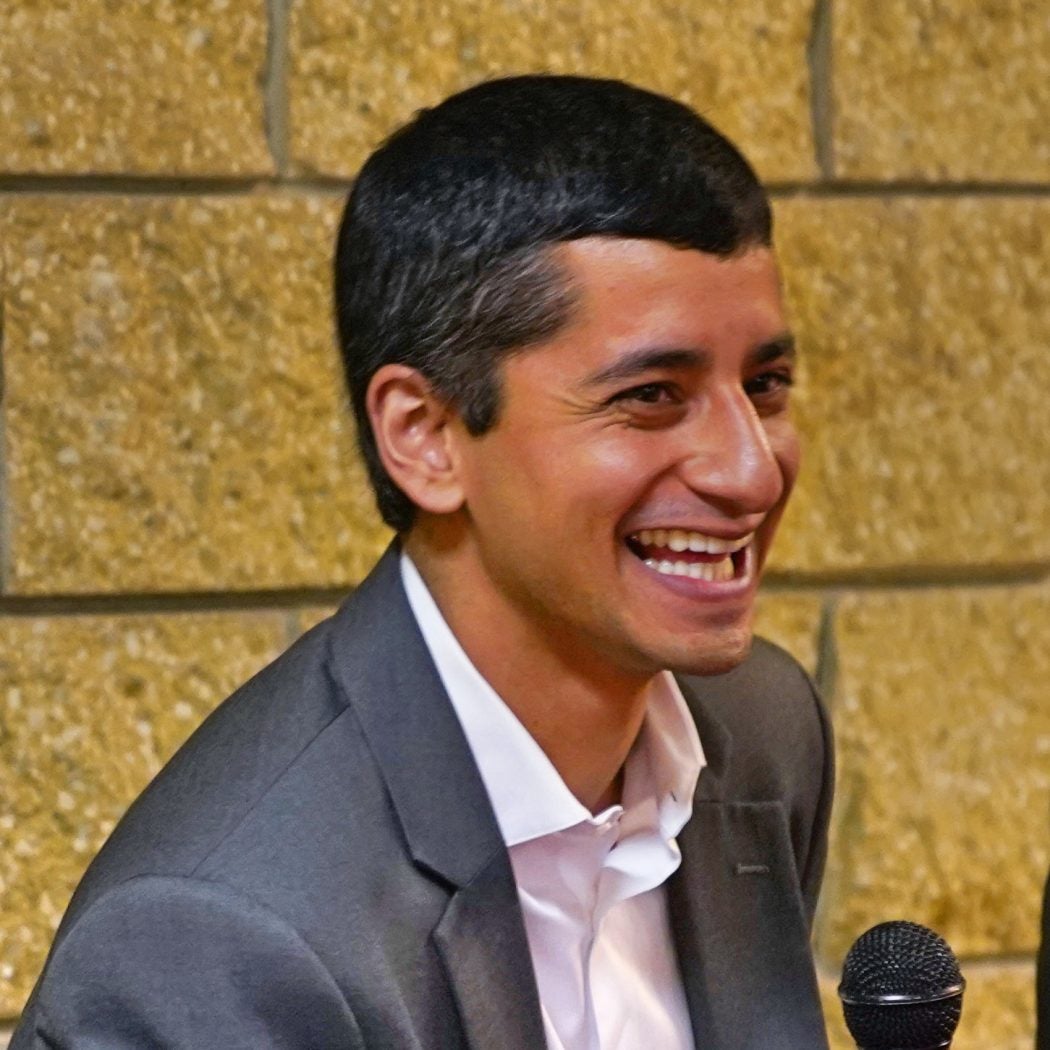 Rajan Narang learned about SSP as an undergraduate student pursuing a degree in government at Georgetown. Some of his classmates chose to do the five-year BSFS-SSP accelerated program, and as someone who always had an interest in security, he was very intrigued by the program. But after graduating from Georgetown, he first became a field organizer for President Obama’s reelection campaign in Las Vegas for a few months and then managed a state legislative campaign in Virginia. “Many people take a more structured career path than I did,” he says. “Even after I decided to go back to school, there were a few extra months of uncertainty before I found my way back to Georgetown, to SSP.”

Rajan says that SSP built up his critical thinking skills, which he finds to be broadly applicable across different fields. He also found that the professors helped distill complex subjects in digestible ways. For example, in his defense budgeting class with Dr. Tom McNaugher, Rajan felt that those like him who didn’t have any budgeting experience initially had trouble seeing the narrative within the spreadsheets. However, Dr. McNaugher helped his class recognize that budgets reflect the values of their agency or organization far more than briefs or press statements do. Rajan ultimately applied these lessons to his thesis examining OCO spending in Afghanistan, which he credits as the most valuable research experience of his academic career. Rajan also praises his Decision-making Under Stress class, in which Dr. Elizabeth Stanley applied neurology and psychology to teach national security practitioners how to enact better personal and group processes. He learned how to think critically about how one’s own internal processes and mindfulness affect the ability to function in high-pressure situations and environments.

Unlike many of his classmates who had already worked within the national security apparatus, Rajan didn’t have any direct experience in security – yet he still brought value to the classroom from his previous work on political campaigns. In his opinion, domestic political considerations have a significant and real impact on security policy. “People coming in with a purely policy lens without the context of domestic politics are often confused by some of these parochial-seeming considerations and may roll their eyes at them,” he says. “But you have to figure out what you can successfully ask from the public and from key stakeholders, and what you can sustain with them.”

Though he has taken a less traditional route in his post-SSP career than many of his classmates, the skills he picked up during his time in the program have helped him provide succinct recommendations to the organizations and principals he advises. He refers back on Prof. David Berteau’s class on the U.S. Congress, which challenged him to hone his arguments and anticipate objections.. This has been especially vital in his role as an advocate for policy positions.

Since graduating from SSP, Rajan has worked at several advocacy organizations and non-profits focusing on democracy reform. He recently started his own consulting business, Shakti Campaigns, where he advises advocacy and nonprofit organizations on developing stronger relationships with partner groups at state and local levels. He is also currently a Senior Advisor at Stand Up America, working on strategic planning and helping the organization develop stronger relations with partners in different states across the country.

For future SSPers, Rajan advises to take full advantage of DC: “DC offers one-of-a-kind opportunities. Taking advantage of your time at SSP to explore them is vital, whether that’s through volunteering or working during the day.” The alumni network is also a crucial resource for SSP students, as are their own classmates. “I met a remarkable cohort, many of whom are still dear friends to this day. These are folks of similar interests and mindsets, and we’ll be bouncing ideas off each other for the rest of our lives.”