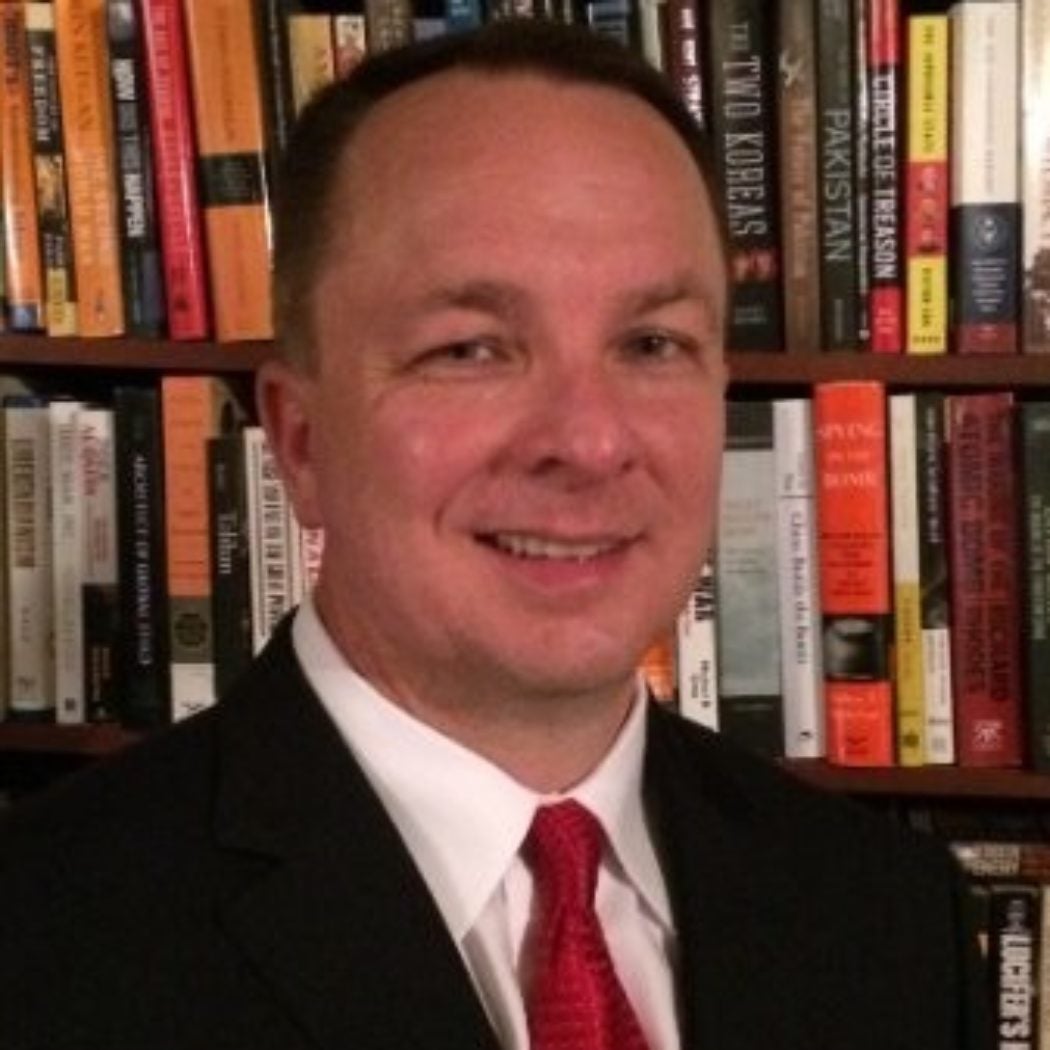 This profile was updated in June 2022 with Chris Quillen's new position. Below is the original profile, posted in May 2020.

Chris Quillen is the Course Director for ODNI's flagship intelligence analysis courses Analysis 101 and 201. He graduated from the National Security Studies Program, SSP's predecessor, in 2002.

Prior to his time at SSP, Chris was working at the Oak Ridge Institute for Science and Education as a nuclear counter-terrorism analyst. He chose SSP because of the focus in security studies, specifically terrorism and weapons of mass destruction.

He was really impressed by the fact that SSP professors had real-world experience and were practitioners in their respective fields. His graduate seminars made a lasting impression on him, with both of his papers getting published in academic journals. He recalls his seminar on terrorism and political violence with Dr. Audrey Cronin as particularly insightful—especially since the September 11 attacks occurred just a few months after the end of that course. Similarly, his Rogue States course with Dr. Robert Litwak was very beneficial, as his team addressed the challenge of Saddam Hussein’s Iraq just a few months before the 2003 U.S. invasion. Chris says he still uses what he learned in SSP in his career, despite the fact nearly 20 years has gone by since he graduated.

After graduating from SSP, Chris was accepted for a position at the CIA. Over the years, he has remained involved in the Intelligence Community as an analyst, manager, and educator. He has worked at the National Counter-Terrorism Center, the National Air and Space Intelligence Center, and the Advanced Technical Intelligence Center and has taught at Miami University, the Washington Center, American Military University, and San Angelo State University. In addition, he was recently accepted to the PhD program in biodefense at George Mason University.