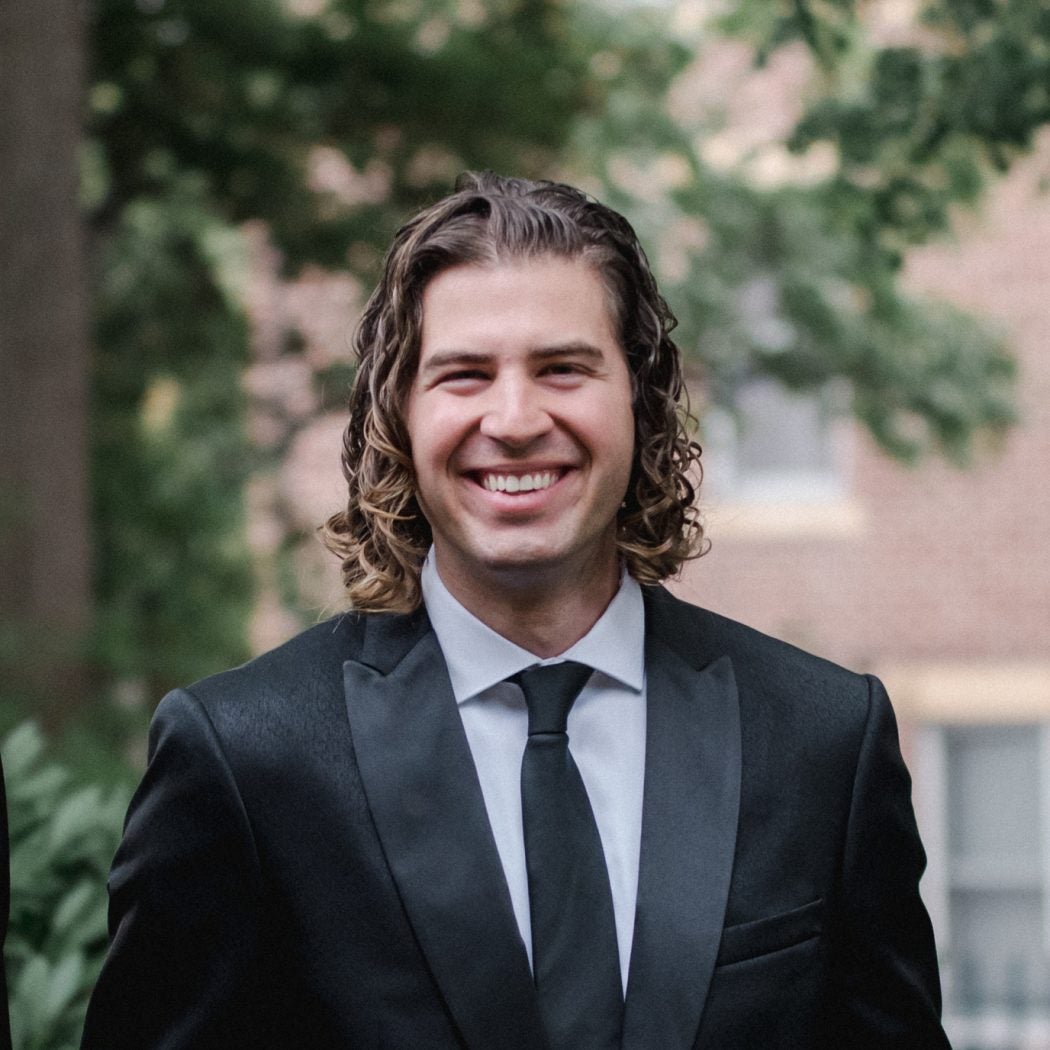 This profile was updated in June 2022 with Dakota Cary's new position. Below is the original profile, posted in January 2022.

Dakota Cary was working on property tax issues at a trade association before he realized that his interests lay in international affairs. Raised in North Carolina, he graduated from the University of North Carolina Wilmington with a double major in political science and campaign management. Having interned on a few campaigns during his undergraduate studies, he ran a state senate and a mayoral campaign before joining the trade association. However, he felt that he lacked the background and experience necessary to pursue a career in international affairs, which led him to apply for graduate programs—with SSP being his first choice.

Dakota had an interest in technology from an early age, but he hadn’t been able to study it in an academic setting. SSP provided that opportunity. An SSP alum—who Dakota connected with in SSP’s alumni mentor program—encouraged him to choose the technology concentration to develop his hard skills, and he signed up for tech classes for nearly all his electives. He also took a non-credit course to prepare for the CompTIA Security+ exam, which he recommends to current students along with learning to code. “If you don’t know or learn a foreign language, learning a coding language is helpful in finding jobs and making those jobs easier,” he says.

One non-tech class stood out as well: the Writing for Security Professionals course with Dr. Elizabeth Grimm. “I decided to take her class because I knew that a written product is usually the output in our field,” he says. “But it also helped me think about ways to keep people interested and present engaging ideas.”

Outside of the classroom, Dakota enjoyed the Tuesday speaker series, which he felt always featured interesting speakers. “I thought the speakers were ridiculously overqualified to be talking to graduate students,” he says. In one of his most memorable lunches, Steve Coll, the author of Ghost Wars, talked about Directorate S and impressed Dakota with his knowledge, encouraging him to start reading his books during the Covid-19 lockdown. “Having this award-winning writer [speak to us] was just a great experience,” he reminisces.

That said, he found experts amongst his own peers as well. He strongly advises current and future SSPers to lean into the SSP network and talk to their classmates. “They’re a wealth of knowledge,” he says. “I was blown away by almost all my classmates in the program—the quality of the people getting into SSP and what they did in their jobs during the day.”

Since graduating from SSP, Dakota has been working at the Center for Security and Emerging Technologies as a Research Assistant. CSET, a Georgetown-affiliated nonprofit think tank, explores the nexus between national security and emerging technologies—such as artificial intelligence, biotechnology, and cyber—and focuses on how these technologies impact policy making. CSET has strong ties to SSP; not only do a number of adjunct professors work at the Center, but the bulk of its student researchers come from SSP. Dakota works on CSET’s cyber/AI team and specifically focuses on China, its hacking capabilities, and its pursuit of AI for hacking operations.

His interest in China precedes his time at SSP. During his undergraduate studies, he took Mandarin classes and continued to self-study after his graduation, before taking formal classes once again through the SSP language scholarship. However, it was a SFS Career Center seminar on evaluating strengths that led him to incorporate this interest into his professional focus. After the seminar, Dakota made a note of his own strengths on his phone, listing technology analysis, Mandarin, and Chinese hacking operations among his interests. Several months into his job at CSET, he stumbled across this note and realized that he was now doing exactly what he wanted to do the