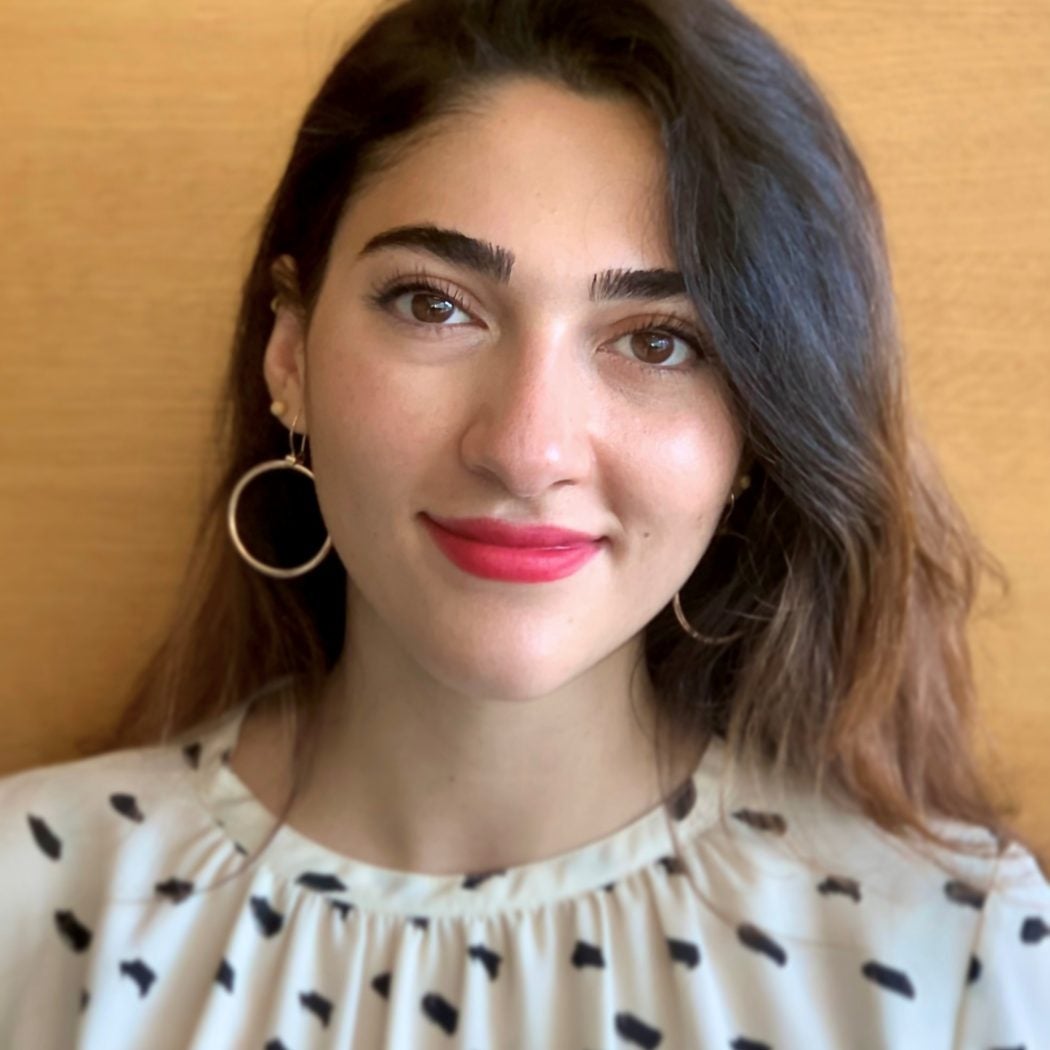 SSP alumna Farnaz Alimehri began developing an interest for security and international affairs from an early age. Her father moved from Iran to the United States just before the 1979 revolution and though he returned to start a family—Farnaz was born in Tehran—they eventually settled in Colorado. Farnaz enrolled in Regis University for her undergraduate studies, majoring in politics and minoring in Spanish and French.

Farnaz’s background helped shape her decision to focus on weapons of mass destruction (WMDs), nonproliferation and the Middle East. Her mother was a teenager during the Iran-Iraq War and her community was impacted by the chemical weapons used in attacks by the Iraqis. Growing up, Farnaz also visited Iran frequently with her family and got to see firsthand what life there was like, cementing her desire to broaden her expertise in Middle East security issues. Around the time Farnaz was applying to graduate programs, Iran and the P5+1 countries were negotiating the Joint Plan of Action (JPOA, the predecessor to the JCPOA), seeking a halt on Iranian nuclear development efforts in exchange for the lifting of economic sanctions. Farnaz became passionate about learning why leaders resort to WMDs and working to ensure that such weapons aren’t used anymore, which led her to SSP.

Early in her SSP studies, Dr. Bruce Hoffman—then the director of the program—was a guiding voice in helping her choose her concentration and her coursework. He encouraged her to leverage her background as an Iranian to delve further into nonproliferation issues, and he introduced her to Dr. Ariane Tabatabai, an expert on security issues involving Iran. Dr. Tabatabai suggested that she structure her studies around WMD issues, pushing her to take classes like Dr. Keir Leiber’s class on nuclear weapons and Dr. Trita Parsi’s class on the Middle East.

One of Farnaz’s most memorable classes was taught by former ambassador-at-large Robert Gallucci, who took part in the mission to inspect the Iraqi nuclear weapons program following the first Gulf War. One of the stories that he shared with the class was his experience during the “Baghdad parking lot standoff,” where Iraqi officials refused to let his team leave the parking lot of a government facility with crucial documents indicating Hussein’s intentions to build WMDs. The team was finally allowed to leave after four days. The story and the commitment shown by the diplomats and scientists on Dr. Gallucci’s team resonated with Farnaz, fortifying her own commitment to diplomacy and nonproliferation.

Farnaz currently works at the International Atomic Energy Administration (IAEA) in Vienna, Austria as an Associate Training Officer. As part of the IAEA’s division for safeguards concepts and planning, she focuses on safeguards training for staff, including inspectors and analysts. She assists in evaluating the success and effectiveness of the training program and she teaches multiple courses to help inspectors learn what to look for in the field, how to negotiate and how to use strategic analytical techniques for safeguards information analysis.

Reflecting on Georgetown’s influence on her work today, Farnaz says that her classes taught her the foundations and purposes of international regimes, laws, and treaties: “Knowing the foundations is very important in this field, where people with more technical skills may not fully grasp how international regimes work or how their work ties in with larger obligations and policy issues.” She also still finds value in the ability to write analytically and synthesize information that she developed during her time at SSP.

For current and future SSP students, Farnaz offers this advice: “Keep trying. Keep doing something even though you might fail, because not getting something you want the first time doesn’t indicate a lack of capabilities.” She recalls an unsuccessful attempt to work at IAEA immediately after graduating from SSP. After gaining some experience at the Argonne National Laboratory, she once again applied and got the job at IAEA. To students seeking careers abroad, she encourages them to research the desired country and decide based on the cultural environment that’s acceptable for them. “Going to another country can be difficult on its own, let alone starting a career in an often-diverse and international workspace,” she says. “But it’s also very rewarding with a high payoff and it will push you out of your comfort zone.”