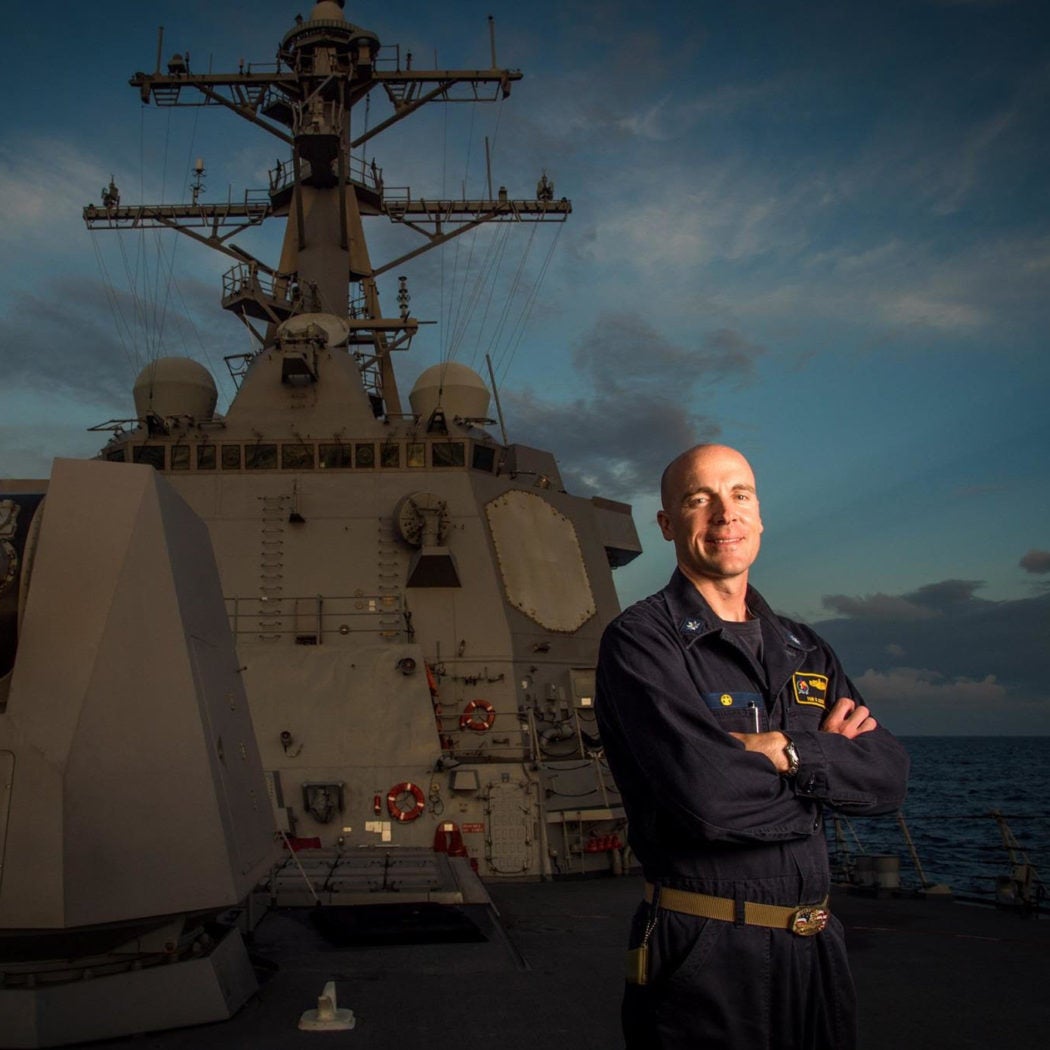 This profile was updated in June 2022 with Tom Ogden's new position. Below is the original profile, posted in August 2019.

Prior to SSP, 2010 graduate Tom Ogden was the Operations Officer on USS MOBILE BAY (CG 53), a warship that was deployed to the Arabian Gulf and the Indian Ocean in 2008. He was accepted into the Navy’s Political-Military Affairs Masters Program and chose Georgetown due to the practitioners who were teaching at and involved in the program, as well as the Jesuit leadership of the school and standards by which they developed students holistically. During his time in SSP, Tom was fascinated by Dr. Ferguson’s Nuclear Technology and Security class because he wanted to learn more about nuclear issues and that class gave him the technical foundation that he needed to understand the issue. Following graduation, Tom worked as an executive assistant for Rear Admiral Scott Swift, the Director for Operations at U.S. Pacific Command. Two weeks after assuming the position, the earthquake, tsunami, and nuclear disaster in Japan struck, and the knowledge that he gained from Dr. Ferguson’s class helped shape the recommendations on the U.S. military response to assist the government of Japan.

Tom is currently a White House Fellow working at the Office of Personnel Management, using his experiences from SSP and past employment to try to positively impact a completely different organization impacts approximate 2 million federal workers. He discusses the program and the impact that SSP had on him, saying:

Since 1964, the White House Fellows program has offered over 700 exceptional men and women a first-hand experience working with senior White House staff and Cabinet officials and I have the opportunity now working directly for the Honorable Dr. Jeff Pon, Director OPM. The White House program exemplifies non-partisanship and has continued through nine presidential transitions. Under four Democratic and six Republican presidents, this program remains one of the nation’s most prestigious fellowship programs for leadership development and public service. Since its inception, the White House Fellows program has been dedicated to engaging the best and brightest in active citizenship and service to our nation. So this program adds to my Navy and Georgetown experiences. I’m not sure any of my opportunities would have panned out without the mid-career experience at SSP, which shaped me as not only a security practitioner but more importantly as a person.

In talking about what he would change about his time in SSP, Tom says that current students should see every aspect of the program as an “investment of time and if you fully commit to it, you will reap rewards from it.” He elaborates by saying, “SSP is an environment of learning and to gain the greatest amount of knowledge, you will need to be willing to be uncomfortable and to sometimes get it wrong. But years later, when placed in a similar position in a real situation, you can take comfort that you have experienced something similar before and lean on it when you make a decision or recommendation.”